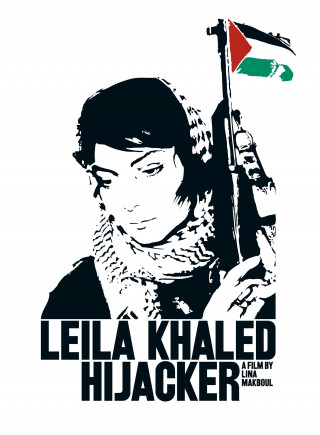 A film by Lina Makboul

In 1969 Palestinian Leila Khaled made history by becoming the first woman to hijack an airplane. As a Palestinian child growing up in Sweden, filmmaker Lina Makboul admired Khaled for her bold actions; as an adult, she began asking complex questions about the legacy created by her childhood hero. This fascinating documentary is at once a portrait of Khaled, an exploration of the filmmaker’s own understanding of her Palestinian identity, and a complicated examination of the nebulous dichotomy between "terrorist" and "freedom fighter."

When Makboul tracks Khaled down, she finds Khaled living an ordinary life in Jordan, still firm in her belief that her actions were necessary and fully justified. The film weaves together scenes with Khaled, archival footage, and interviews with the people who were on the planes Khaled hijacked. Makboul searches for a way to reconcile her understanding of the Palestinian national narrative - which now includes Khaled’s actions - with the negative image she encounters from the rest of the world of Palestinians as bloodthirsty terrorists. At the same time, she comes to know Khaled for the very real person that she is as they talk, travel together, and share meals. The result is a multi-dimensional film unlike any other in its skillful handling of the complexities that arise when liberation movements incorporate violence as a tactic.

“Fascinating…Probing into the term terrorism, the usefulness of the PFLF hijacking tactics, and the price Khaled (and others) are paying, Makboul sets a critical distance from her subject, while at the same time affectionately charting how Khaled became admired by herself and so many other Palestinians and Arabs.”

“Compelling and engrossing…situates Khaled as one of the century’s leading political activists, a revolutionary in multiple ways simultaneously breaking the boundaries of Arab gender structures and the political machinations that kept Palestinians from challenging their status as a dispossessed people.”

“A rare gift…an unflinching and mesmerizing glimpse into the psychology of terror and the price of freedom.”

“An astonishing testimony on violence and femininity.”

“Extraordinary…a warm, honest human portrayal of a world icon…This film should be seen far and wide.”

Lina Makboul is 33 years old and lives with her husband in Gothenburg, Sweden. Lina was born in Sweden by Palestinian parents who are from Nablus on the West bank. She started working as a journalist at the Swedish National Radio in 1996. In 1998 she began working with television at the Swedish National Television, SVT. LEILA KHALED: HIJACKER is Lina’s debut film. (7/12)