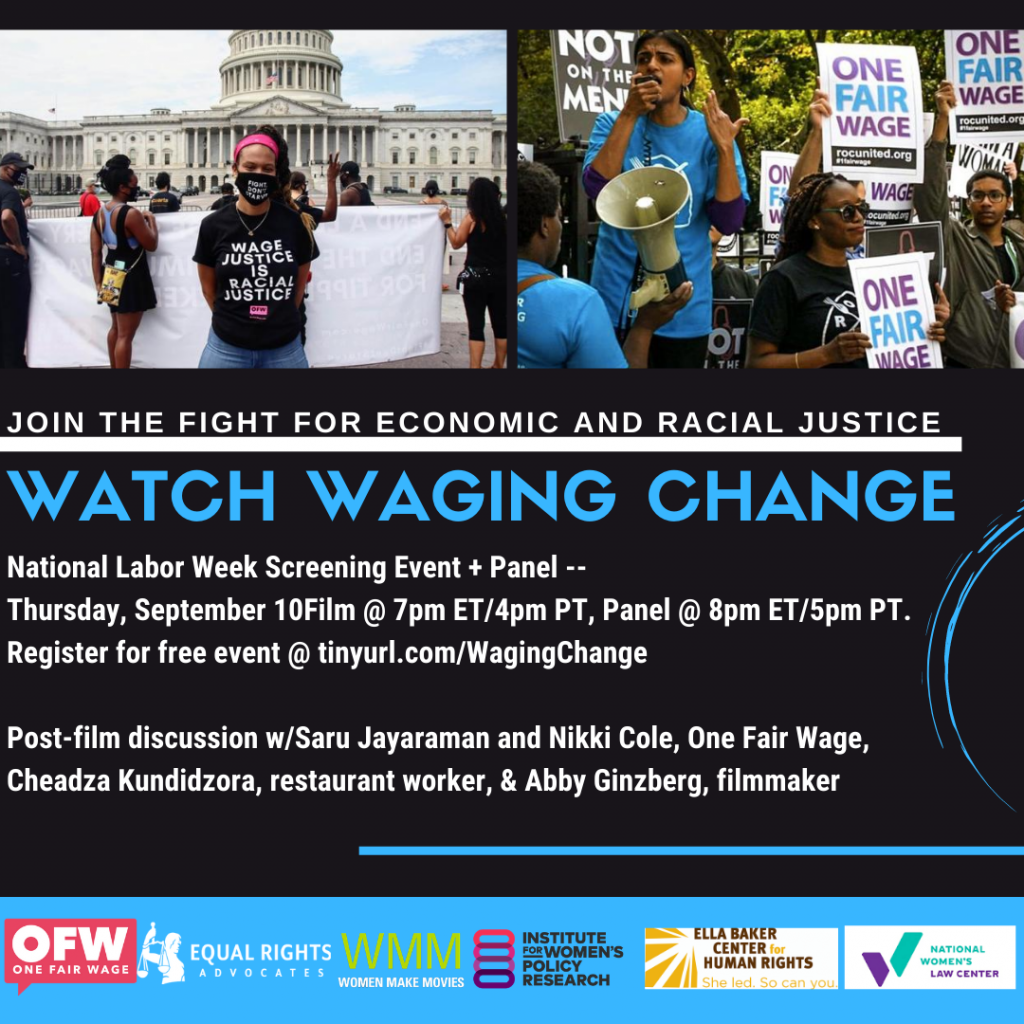 Join Us for a National Screening of WAGING CHANGE + Virtual Panel During Labor Week!

During Labor Week 2020, the second week of September, Women Make Movies is thrilled to be partnering with One Fair Wage, and Social Action Media to host a virtual screening of Abby Ginzberg’s new film and WMM new release WAGING CHANGE, which examines the relationship between economic, racial, and gender justice for restaurant workers.

More about the film:

A direct legacy of slavery, subminimum wages for tipped workers emerged following Emancipation as a way to exploit recently freed people. Today, the majority of people serving food in U.S. restaurants are paid a federal subminimum wage of only $2.13 an hour and are forced to depend on tips to feed themselves and their families. Women, who hold two-thirds of all tip-based jobs – and even more specifically, women of color – are especially affected.  Their reliance on tips leads to a prevalence of gender discrimination, sexual assault, and sexual harassment at the hands of customers, coworkers, and bosses – with very little ability to speak up.  Subminimum wages are also paid to workers with disabilities, incarcerated workers, and teen workers in most states.  WAGING CHANGE weaves together the stories of workers struggling to make ends meet with the efforts of Saru Jayaraman of One Fair Wage, who faces off against the powerful National Restaurant Association lobby and fights for one fair wage.