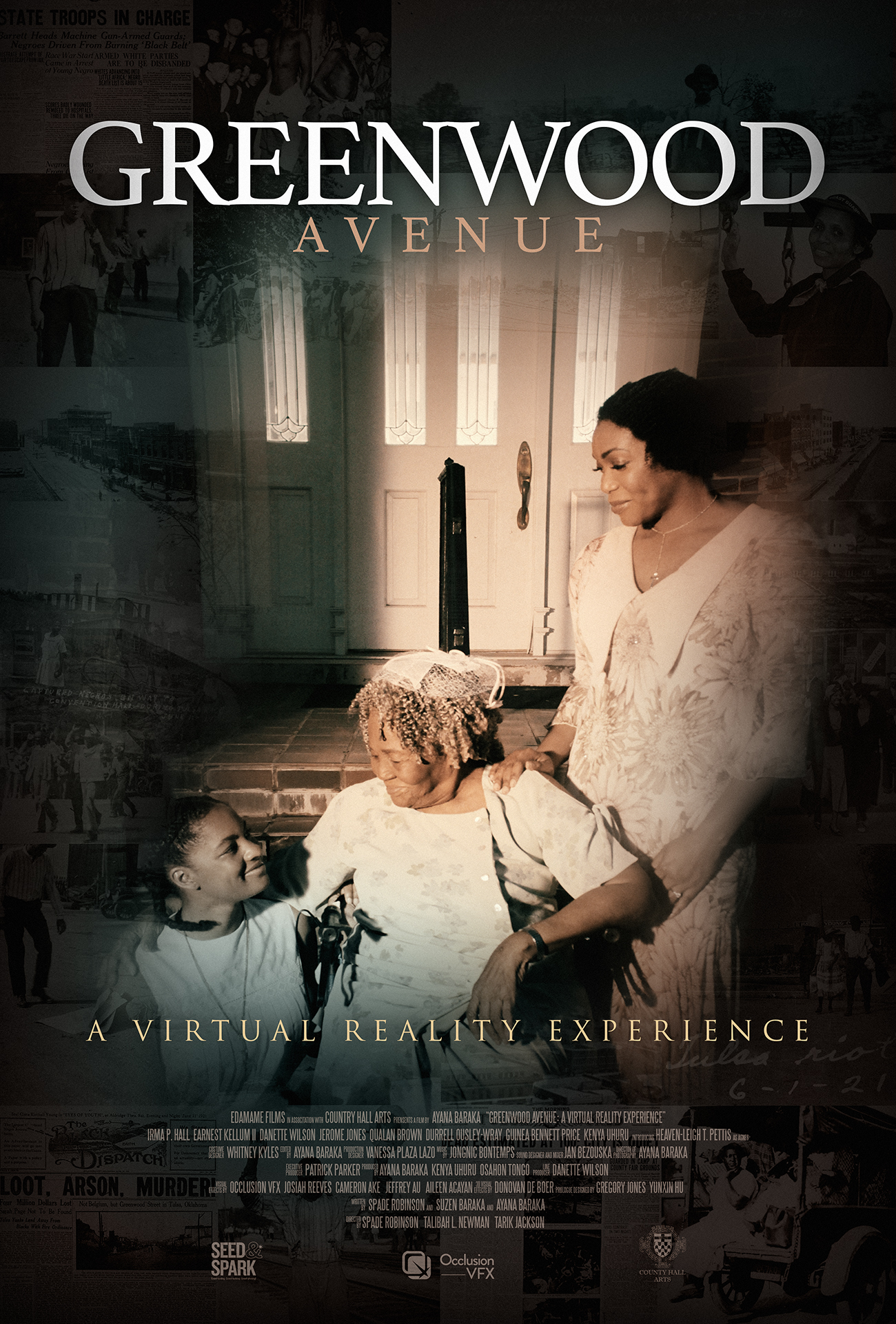 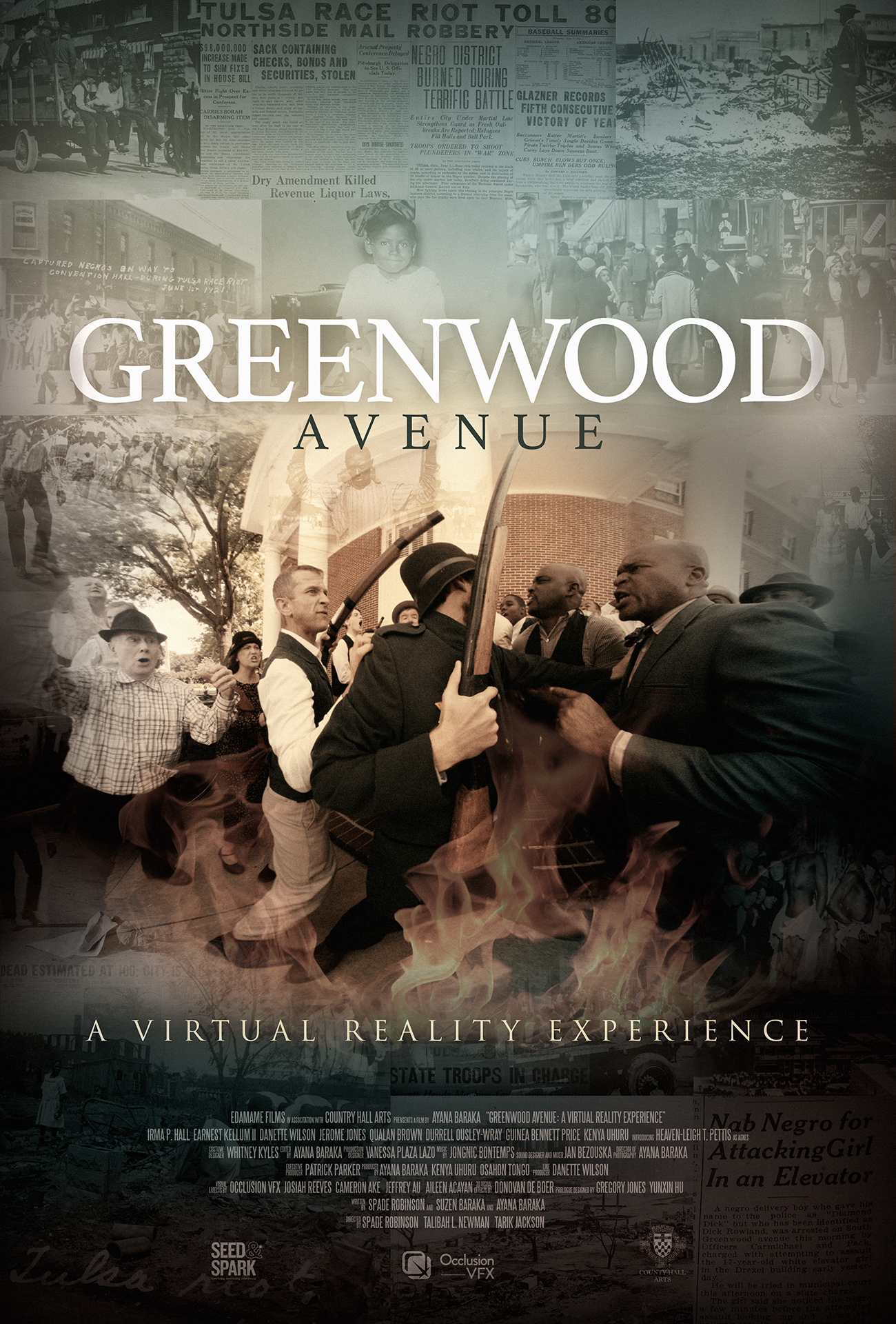 Greenwood Avenue: A Virtual Reality Experience was awarded $40K in funding from Google.

Greenwood Avenue: A Virtual Reality Experience successfully raised over $17K in crowdfunding support and reached 500 followers on the Seed&Spark platform within a week.

Greenwood Avenue is a virtual reality experience, created by Ayana Baraka, about a 14-year-old Black girl who lives in the Greenwood District, also known as Black Wall Street, during the 1920s. This scripted five-part series follows her coming of age story while revealing the history of Black Wall Street and the Tulsa Race Massacre of 1921.

Over the course of two days, three hundred African-Americans were killed and thousands of Black-owned homes and Black-owned businesses were burned to the ground in the spring of 1921 in Tulsa, Oklahoma. Conversations with the late Dr. Olivia J. Hooker, one of the last known survivors of the Tulsa Race Massacre, informed the script.

Greenwood Avenue is not your typical thrill-based virtual reality experience. It is a story that transports you. It takes you back in time to a place that no longer exists. It introduces you to a community and the great American entrepreneurs of our past that we relish today. History organically unfolds because love is at the heart of this story. Love is something everyone can latch onto.
Greenwood Avenue is grounded authentically in the Greenwood District. Filmed in Tulsa, Oklahoma-on the last remaining block of Black Wall Street—Greenwood Avenue. With support from the community and local organizations like the Greenwood Cultural Center, the 1921 Tulsa Race Massacre Centennial Commission, and the John Hope Center for Reconciliation. Greenwood Avenue hired a cast and crew of native Tulsans, many of which had ancestors that either survived through or perished during the massacre. 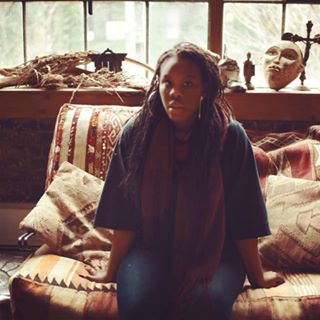 Spade Robinson is an award-winning filmmaker, screenwriter, actress, and comedienne with experience that spans feature film, documentary, television, commercials, and stage. Spade is a master's alumnus of USC’s School of Cinematic Arts, where she emphasized writing and directing, completing her MFA in Film and Television Production. Since then, she's been commissioned to direct and produce commercial content for by clients ranging from Time Warner and Sundance Institute to Peculiar People and Finding Charlie. Her original works include award-winning films such as Seen Also in Men, The Wedding and The Love Life of a Black Girl as well as a host of feature screenplays and television pilots. Her feature directorial debut, Bad Hair, is currently in post-production. She's directed both contemporary and classical stage plays including Starting Monday, A Mid Summer's Night Dream, and A Lesson Before Dying.

Born in Dallas, Talibah first came to New York City as a freshman attending Columbia University. After receiving her bachelor’s in Film and Creative Writing, Talibah braved New York City and landed several internships and production jobs in her field with companies such as Ted Hope’s This is That Production Company, Jonathan Demme’s Clinica Estetico, and Malcolm Lee’s Blackmaled Productions.

Talibah then went to pursue her Master’s in directing at Columbia University’s MFA program. As an M.F.A. student, Talibah sought to tell stories of familial relationships, precocious children, single character journeys into recreating identity, obstructing prejudice, and the complicated mosaic of spirituality and faith.