ACCOLADES: --Screening of the work-in-progress trailer on the floor of the U.N. General Assembly to kick off a global equal pay initiative on the eve of the 61st Commission of the Status of Women

When 90% of Iceland’s women decided to go on strike one morning in 1975, they brought their country to its knees and catapulted to #1 on the global gender equality index. Powerfully told by the women who lived it - the true story of 12 hours that sparked a revolution.

40 years ago, the women of Iceland were sick and tired of being underpaid and undervalued for their work inside and outside the home. “At this time women were doing all the housework,” recalls Gudrun Jonsdottir. “They didn’t have education. They didn’t have daycares. Their salaries were much lower than the salaries of men, IF they had any work. Their names couldn’t even be in the phone book!” So when the U.N. proclaimed 1975 “International Women’s Year” Iceland’s women hatched a bold idea: “What if every woman in the country simply took a day off?” And so, on October 24th, 90% of Iceland’s women walked off the job and out of their homes, refusing to work, cook, or take care of the children – and the country ground to a halt. Initially derided as a joke by many, the strike transformed the national narrative about women’s place in society. One year later, Iceland passed a law outlawing gender discrimination. Five years later, Iceland elected the world’s first female president. Today, Iceland ranks #1 on the global gender equality index.

Our film will bring this inspiring story to life through the memories of the women who were at the heart of it all. We’ll meet these unstoppable feminist pioneers, portray the opposition they encountered, and discover how they mobilized the entire country at a time when home computers, email and cell phones were nonexistent.

The Long Friday is the true story of 12 hours that sparked a revolution.

This story jumped off the page one day as I was leafing through Lonely Planet’s Guide to Iceland. I couldn’t wait to watch the documentary that someone had surely made about this historic moment. But it didn’t exist – which surprised but didn’t shock me, since during years as an Executive Producer at PBS, I saw how often women’s narratives are framed out of the picture. But I also saw how – when they are told – these stories can make a difference. This is one of those “you can’t make it up” tales of women’s heroism that cries out to be told – quickly, since with 40+ years ticking away, there’s no time to waste to record the vivid memories of Iceland’s feminist pioneers.

This resonates deeply for me because I grew up with a front-row seat at our own 1970s feminist movement. I was raised by a single mom, an advertising copywriter, who supported us on half the wages her male colleagues earned for the same job. She became the first Director of Massachusetts’ NOW; when I was in high school we lobbied together at the State House to pass the ERA.

Little did we know that at that very moment, Iceland’s women were dreaming up - and pulling off - a collective action that would catapult them right over our heads and straight to the forefront of today's fight for gender equality.

It’s time for the world to hear their story, in their own words.

"We at Fork Films love this film and are proud to have come in with the first funding for an R&D grant. The Long Friday recounts one of those overlooked narratives about women’s collective heroism that will have enormous impact when it reaches a global audience through the powerful, moving and often hilarious words of the women who created and lived the historic day that revolutionized their society. It is especially timely in light of all that is going on with the reinvigorated women’s movement globally. But, timing is of the essence to capture some of the leaders who are 80+ to insure this story is not lost to future generations.

I worked closely with Pam Hogan when, together with Abby Disney, we created the acclaimed Women, War & Peace series for PBS and global distribution. Her work helming I Came to Testify for that series is a great example of Pam’s ability to humanize a historical story about a collective experience by focusing in on a handful of individuals who viewers connect with on a deep level. Through that experience I know her to be a consummate journalist and highly skilled visual storyteller, and a resourceful fundraiser. Her multi-faceted talents and deep experience are a match for this ambitious undertaking.

We believe that The Long Friday will be one of those films that have profound impact by unearthing stories, in different times and different contexts, of ordinary women all over the world who have managed to do the unimaginable."

Pamela Hogan is an Emmy award-winning filmmaker, journalist, and media executive. Her film Looks Like Laury Sounds Like Laury was hailed as one of “The Best TV Shows of 2015” by The New York Times. She was Co-creator and Executive Producer of the PBS series Women, War & Peace, the first ever to explore war and peacemaking from women’s point of view, and directed the kick-off episode, I Came to Testify, about the courageous Bosnian women who broke history’s great silence and testified about their wartime rape and sexual enslavement, winning a landmark victory. Seen by 12 million viewers, the series won the Overseas Press Club’s Murrow Award for Best Documentary and a Television Academy Honor for using television to promote social change. Hogan’s episode, I Came to Testify, won the ABA’s Silver Gavel for excellence in fostering the public’s understanding of law. She was Executive Producer of PBS’s international series Wide Angle, working with global filmmakers on 70 hours of character-driven documentaries illuminating under-reported stories. There she originated Emmy-winning Ladies First about women’s leadership in post-genocide Rwanda; and launched the longitudinal Time for School series, following 7 children in 7 countries fighting the odds for a basic education. She produced for Bill Moyers, directed international co-productions for National Geographic Television, and was Field Producer of NBC’s Peabody award-winning To Be an American. Recognized with a National Council for Research on Women Making a Difference for Women award, she is an adjunct professor at Columbia University’s Graduate School of Journalism. 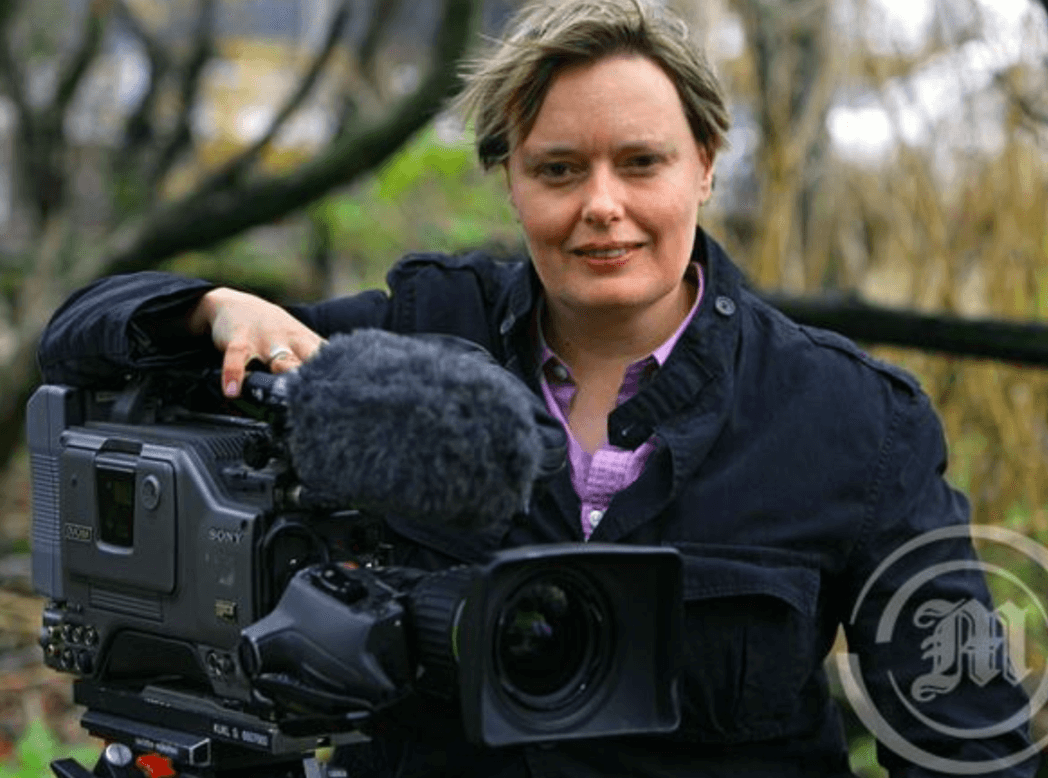 A native of Reykjavik, Iceland, Co-producer Hrafnhildur Gunnarsdóttir has produced numerous acclaimed films on the Icelandic women’s movement, including Women in Red Stockings about the 1970s feminist wave and The Kitchen Sink Revolution on the movement’s 1980s evolution, which won the Icelandic Academy’s prestigious Edda Award. She also won the Edda for directing Her Age, a series of 52 Icelandic women’s history shorts, broadcast weekly on Icelandic Public Television RUV. Most recently she completed her magnum opus, a 5-part series titled People Like That. Filmed over 27 years, the series chronicles the 40-year struggle for gay rights in Iceland. She also recently completed The Vasulka Effect about Woody and Steina Vasulka, founders of The Kitchen in New York City, who are hailed as “the grandparents of video art,” Both People Like That and The Vasulka Effect won numerous local awards including the Icelandic Academy Art Award. The Vasulka Effect most recently was awarded Best Portrait at the International Festival of Films (FIFA) in Canada. A filmmaker and activist, Hrafnhildur served as president of the gay alliance of Iceland, Samtökin ’78. She received her BFA from the San Francisco Art Institute.