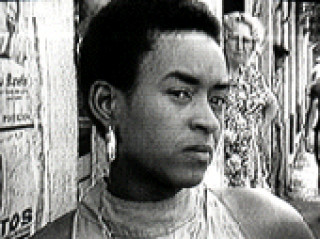 A Kiss on the Mouth

From the Lilith Video Collective comes this sensitive and sympathetic examination of female prostitution in urban Brazil. Frank, intimate and politically astute, the women discuss experiences of racism, poverty, police harassment, and violence as well as their relationships with their families, children, lovers and clients.

Jacira Melo is one of the directors of the Patrícia Galvão Institute (Instituto Patrícia Galvão), a São Paulo based NGO dedicated to promoting the rights of women through the use of communication, focusing on mass media. Jacira was one of the founders of the organization in 2001, together with an extensive group of feminists involved in areas such as journalism, advertisement, polling, and production of video and internet content. By that time, Jacira had worked for six years as the Communications Coordinator of the National Feminist Network on Health and Reproductive Rights (Rede Nacional Feminista de Saúde e Direitos Reprodutivos).

She has participated in the creation of a housing shelter for women victims of violence, and worked for ten years as a filmmaker. In collaboration with two colleagues, she has made more than 40 films on topics related to women's rights. Although her films have received a number of awards, Jacira noted that the issues they dealt with remained untouched by the mass media's agenda. This made her rethink her approach. "I realised I could either stick with my personal talent of filmmaking or do something that might have a greater repercussion within society, leading to public policy changes. I opted for the second alternative," Jacira said.

Today at the Patrícia Galvão Institute, Jacira and her colleagues specialise in interacting with journalists to help them deal with topics or story angles concerning women's rights that traditionally have been left out of public debate. Their strategy involves producing and publicising information " such as opinion polls, reports and research" that has a strong potential of being covered by the media. "The feminist movement in Brazil had historically invested in alternative media" said Jacira. Yet a serious discussion of issues such as sexual and reproductive rights is still very far from the mass media’s agenda. "We decided to create the institute with the right to access information as our guiding principle, and the mass media as our tool." (7/12)