Buy Past Workshops on Demand 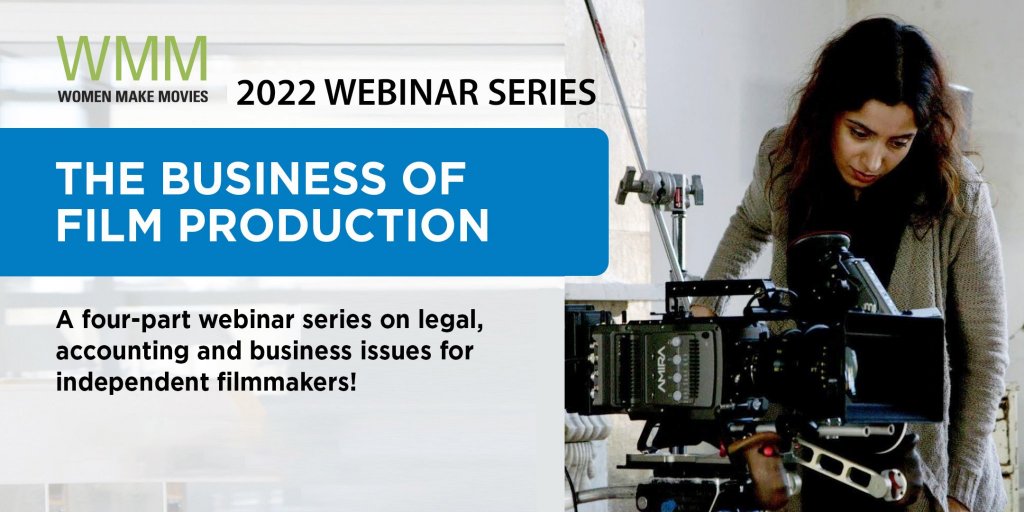 The Business of Film Production

A four-part webinar series on legal, accounting and business issues for independent filmmakers!

Whether you are making your first feature or are a seasoned filmmaker, Women Make Movies’ latest webinar series has essential information you need to know about the business and legal side of filmmaking. These four webinars are skill-building workshops for creating the right business structure for your film production, securing various rights, establishing agreements between all entities, and tracking finances in and out of a project. Guided by experts in each field, we will breakdown, examine, and give a rundown of the legal and financing issues you need to know about to produce your independent film.

This series has ended, but the series, and each individual workshop is now for sale On Demand. 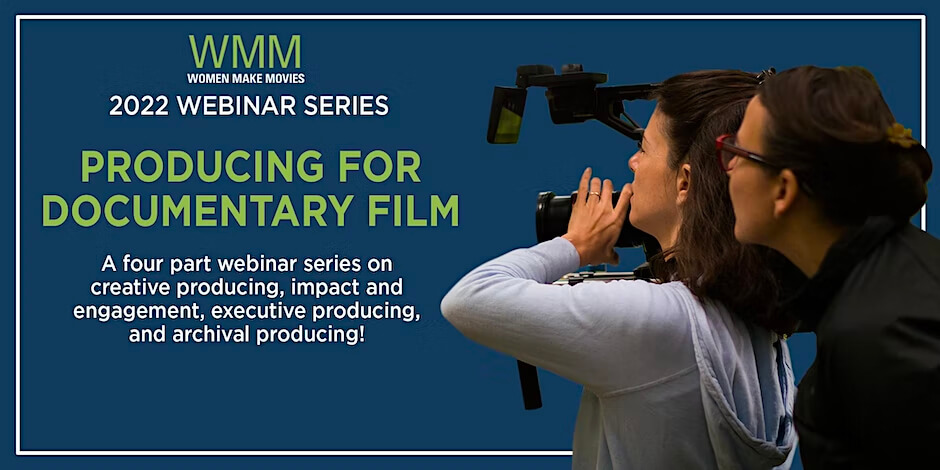 Whether you are looking for a producer, want to be a producer, or are confused by what kind of producer does what and/or what you need for your project and your team, this series is for you!

In our constantly changing industry, the title ‘producer’ gets muddled with many descriptions, what does the work entail, but how specifically do we break this down into what a producer is, does, and is credited? It’s not a catch-all by any means. And if you want to be a producer, how does one make it a sustainable career?

These four webinars are skill-building workshops for creative producing, producing for impact and engagement, executive producing, and archival producing. With experts in each field, we will break down, examine and define what each bucket of producing entails and how to make it work successfully.

This series has ended, but the series, and each individual workshop is now for sale On Demand.

ABOUT WEBINARS AND WORKSHOPS

These events are targeted at all levels of filmmakers. They provide networking opportunities as well as valuable and practical information about the business of filmmaking.

WMM Production Assistance Program and Distribution Filmmakers, as well as members of WMM Partner groups, can receive $15 off the admission for the full webinar series or $5 off individual sessions.

To stay up-to-date on all upcoming webinars and workshops,
sign up for our weekly e-newsletter News You Can Use

COMPLETE LIST OF UPCOMING AND PAST WEBINARS AND WORKSHOPS

What People are Saying


"WMM is an absolute gift to independent filmmakers. WMM is the mentor every artist wants and needs. WMM provides filmmakers with the support and tools that give us the wings to be able to bring our films to life."


"WMM’s webinars are a wonderful and invaluable resource for those of us outside the US. Thank you so much!"

Missed a workshop or webinar?

Looking for a fiscal sponsor?

Learn more about the benefits of sponsorship through WMM

Past Webinar and Workshop Highlights