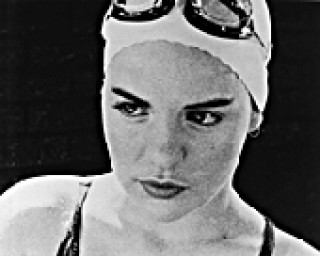 A film by Jane Campion

A confronting and realistic short drama by Academy Award-winning director, Jane Campion, about sexual harassment in the office. A young office worker alleges her boss sexually harassed her when she worked late at his request. She loses her job as a result of the claim. The investigator for the case finds it difficult to gather evidence from the tight-lipped and uncooperative office workers. Delicately drawn, AFTER HOURS raises important questions about discrimination, sexual harassment, gender relations and the interpretation of events.

New Zealand director, producer and screenwriter Jane Campion is one of cinema’s most notable film-makers. She is the first and only female director to receive the coveted Palme d’or at Cannes (1993) and also only the second of four women ever to be nominated as Best Director at the Academy Awards (1994), both for "The Piano". Jane went on to win Best Screenplay. Jane studied anthropology at Victoria University in Wellington and then painting at London’s Chelsea School of Arts and the Sydney College of the Arts before moving to film in the early 1980s, while studying at the Australian Film and Television School. Her first short film, "Peel" (1982), winner of the Short Film Palme d’or in 1986 in Cannes, was followed in 1989 by "Sweetie", her first feature film, and, a year later, by "An Angel at My Table" about New Zealand author Janet Frame. Subsequent to the multi-award-winning "The Piano" were "The Portrait of a Lady" (1996); "Holy Smoke" (1999), currently being adapted for the stage; "In the Cut" (2003) and "Bright Star" presented in Competition at Cannes, in 2009. Campion has recently won remarkable public and critical acclaim with a television series, "Top of the Lake". (03/19)