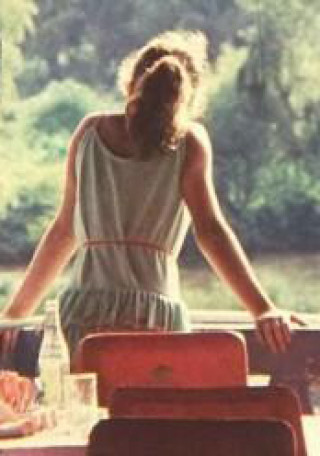 An Island Surrounded by Water

A film by Maria Novaro

A beautiful and poetic account of a young girl's search for her mother, who left mysteriously to join a guerilla movement. The narrative combines her real and imagined journey through the landscape of Mexico with her passage into adulthood. This, Novaro's first film, won the best fictional short award from Mexico's Academy of Film Arts and Sciences.

Maria Novaro started her career in the Mexican film industry as a cinematographer and sound mixer. It was only after she worked as an assistant director for the Alberto Cortés film Amor a la Vuelta de la Esquina (1985) that she decide to make her short film Una Isla Rodeada de Agua (1985). This short was a feminist adaptation of the famous Mexican novel Pedro Páramo by Juan Rulfo. In this short film a young girl goes on a journey to the Guerrero coast in search for a mother that abandoned her. The theme of a female protagonist on a journey through contemporary Mexico in search for something or someone is established in this short film and is carried out throughout her films.

Her next short Azul Celeste (1987) told the story of a pregnant women looking for her baby’s father in Mexico City. This story carried over into her first feature film Lola (1989) which she co-wrote with her sister Beatriz. Lola, named after the protagonist, tells the story of a woman that has been abandoned by her daughter’s father. She is confronted with isolation and hopelessness in vast Mexico City as she tries to relocate her daughter’s father. Many feminist criticizes the passive Lola character and the way in which she cannot overcome her abandonment. However Novaro has said that she refuses to be limited by taking a political stance and does not consider her work to be feminist. In an interview with Isabel Arredondo, Novaro has said that with Lola, she was not only interested in the story of Lola and her child but the film was a way to “reflect profoundly on women, motherhood and Mexico City”. Therefore, Lola being controlled by her emotions makes her an accurate depiction of a woman going through abandonment.

As she was finishing the editing of Lola she decided to write a much lighter story and in collaboration with her sister wrote Danzón (1991). She decided to play with the traditional melodrama genre that is very popular amongst Mexican women, by adding humor to the movie. In Danzón she portrays the traditional Mexican dance hall culture which has strict gender codes and procedures and contrasts it to the port-town of Veracruz. The film follows Julia Solorzono (María Rojo), a single mother whose only escape is in the popular dance halls of Mexico City. When her usual partner Carmelo (Daniel Regis) does not show up for their dance meetings she decides to leave her kids behind and go look for him in Veracruz where he is from. It is a journey of self discovery for Julia as she abandons the search for Carmelo and enjoys the Veracruz life before going back to life in Mexico City. Danzón was the film that established her career and gained her international attention.

Her next two features, El Jardín del Edén (1994) and Sin Dejar Huella (2000) focus on the idea of borderlands while still sticking to her theme of females on a journey through Mexico. It is through her narrative that she explores new ways of seeing Mexico that depart from stereotypical representations of the border lands and its inhabitants. Her most recent film Las Buenas Hierba was released in 2010 and won the Grand Coral Third Prize at the Havana Film Festival that same year. (8/14)