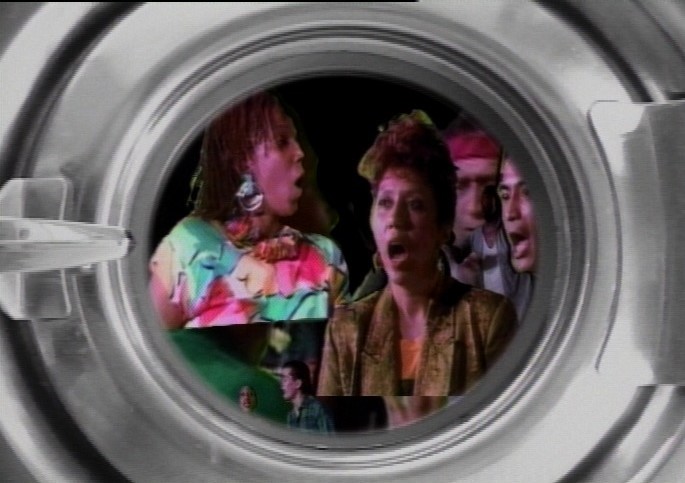 A film by Shu Lea Cheang

“Reflects with wit and candor on the realities and the misconceptions of race assimilation in American society and culture.”

Shu Lea Cheang (born in Taiwan in 1954) is a multi-media artist who works in the fields of net-based installation, social interface and film production.

Over the past decade, she has emerged as a prominent figure in new media art. Cheang is one of the leading multimedia artists dealing with multidisciplinary studies. Her work is unique in allowing viewer interaction. She is most noted for her individual approach in the realm of art and technology, creatively intermingling social issues with artistic methods.

Cheang's art ranges in mediums such as film, video, net-based installation, and interface, which explore "...ethnic stereotyping, the nature and excesses of popular media, institutional - and especially governmental - power, race relations, and sexual politics. Most recently, she has moved to 35mm feature filmmaking. She has been a member of the Paper Tiger Television collective since 1981. Though originally based in New York, Cheang is currently living and working in Paris, France.

Cheang's Locker Baby Project (2001-2012) is a playfield of sonic imagery triggered only by human interaction. Her baby series project proposes a fictional scenario set in year 2030. The transnational DPT (DollyPolly Transgency) advances clone babies as an intelligent industry. The Clone Generation holds the key to unlock the networked inter-sphere of ME-motion (Memory + Emotion). (8/14)