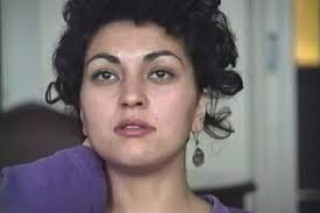 A film by Jeanne C. Finley in collaboration with Mine Y. Ternar, Gokcen Hava Art, and Pelin Esmer

CONVERSATIONS ACROSS THE BOSPHOROUS intertwines the stories of two Muslim women from Istanbul - Gokcen, from an orthodox Islamic family who takes off her veil after years of struggle; and Mine, from a secular family, who discovers her faith living as an immigrant in San Francisco. Both women demonstrate how their relationship to their faith has shaped and determined their personal lives. Combining evocative visual imagery with poetic and lively debate, CONVERSATIONS ACROSS THE BOSPHOROUS provides a deeper understanding of Turkish society and the current tensions between fundamentalist and secular forces.

“A wonderful film. Full of exceptional insights into the vagaries of women’s existence between fundamentalism and secularism in Turkey. Deeply moving and exquisitely photographed.”

"As a tool for initiating critical analysis in discussions of gender and religion in the feminist classroom, [this] provides a rich and diverse examination of Turkish women’s experiences with Islam during the 1990s."