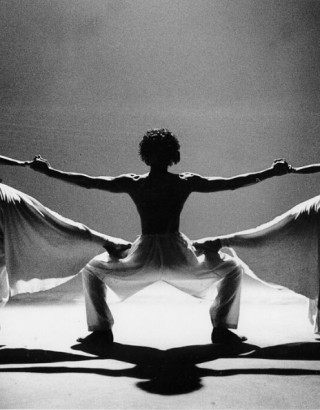 I Is a Long-Memoried Woman

Produced by Ingrid Lewis, A film by Frances-Anne Solomon

This extraordinary film chronicles the history of slavery through the eyes of Caribbean women. A striking combination of monologue, dance, and song—griot-style—conveys a young African woman’s quest for survival in the new world. Based on award-winning poems by Guyanese British writer Grace Nichols, the evocatively rendered story charts abusive conditions on sugar plantations, acts of defiance and the rebellion which led to eventual freedom. Produced by a Black women’s collective, I IS A LONG-MEMORIED WOMAN illuminates Black diasporic culture and heritage.

”A passionate and powerful tribute. Captures the beauty, pride and sophisticated codes of survival of Black women.”

Frances-Anne Solomon is an award-winning filmmaker, writer, producer, curator, distributor and entrepreneur in film, TV, radio, theatre, and new media. Born in England of Trinidadian parents, she was raised and educated in the Caribbean and Canada before moving to Great Britain where she built a successful career with the BBC as a TV Drama Producer and Executive Producer.

She moved to Toronto in 2000, where she continued to create, write, direct, and produce her own projects. Her most recent film, A Winter Tale, received many prestigious international awards, including most recently at FESPACO 2009 (Africa’s Oscars held biannually in Burkina Faso West Africa) where it was won Special Mention in The Paul Robeson Diaspora Category.

As well as directing, Frances-Anne is the Artistic Director and President of the two companies she founded, Leda Serene Films, her film and television production vehicle, and CaribbeanTales, a prolific not for profit company that makes multimedia products aimed at the educational market.

She began her television career at Banyan Productions in Trinidad, and studied Theatre at the University of Toronto with Steve Martineau and Ken Gass, and poetry with Jay MacPherson. She trained as a film director in the UK at Bristol University’s RFT Programme and the prestigious BBC Drama Directors Course. (8/14)

STATELESS, the new film from the critically acclaimed filmmaker of American Promise, looks at the complex politics of immigration and race in the Dominican Republic and Haiti, using a combination of magical realism and hidden camera techniques.
Learn more
Shopping Cart