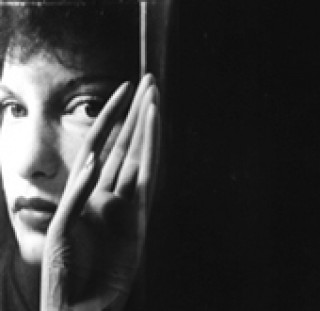 A film by Jo Ann Kaplan

Maya Deren is a legend of avant-garde cinema. This authoritative biography of the charismatic filmmaker, poet and anthropologist features excerpts from her pioneering Meshes of the Afternoon and her unfinished documentary on Haiti, interviews with Stan Brakhage and Jonas Mekas, and recordings of her lectures. Narrated by actress Helen Mirren, this definitive documentary offers startling insights into one of the most intriguing, accomplished figures in cinema history.

"A beguiling, informative portrait of a fascinating woman."

"Unusual and pleasurable for its sensual approach."

Jo Ann Kaplan was born in New York City and had fine arts training from Hunter College, City University of New York (BFA, MFA). She began making films in 1969. She lived and worked in the UK starting in 1974 and directed films and TV programs across a broad range of subjects and formats, including a documentary about Maya Deren and an arts program written by Angela Carter. Her editing work includes animation, dance and experimental films, as well as documentaries and arts programs. She was also a painter.

Her last film, Watching Paint Dry, shows Jo Ann painting her self-portrait and is an exploration of her coming to terms with her own mortality.

She taught film editing at The National Film and Television School, The Royal College of Art, Goldsmiths College Department of Media and Communications, and other art and media colleges in the UK before her death in 2020. (3/21)