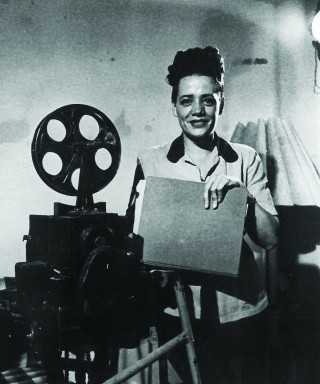 My Filmmaking, My Life

A film by Patricia Diaz

Matilde Landeta entered the flourishing Mexican film industry in the 1930s, working her way up from script girl to direct 110 shorts and, in the late 40s, to produce and direct three features, including LA NEGRA ANGUSTIAS. In this engrossing documentary filmed in Mexico City, a vibrant Landeta, now in her 70s, recalls those years. Interviews with Mexican directors Marcela Fernandez-Violante and Maria Novaro enrich this illuminating tribute. Produced by Jane Ryder.

Patricia Diaz is a Senior Lecturer for BA (Hons) Film and Television at London College of Communication. She has taught on the Film and Television course at LCC since 2006 and enjoys helping students find stories for their scripts at every stage of the course.

Patricia’s films as Director include MY FILMMAKING, MY LIFE which received an honorable mention at the 1991 San Antonio CineFestival, USA, and Salsa Fever, both documentaries for Channel 4.

She completed an MA in directing at the Northern School of Film and Television in Leeds then went on to write, direct and produce several short films which have been screened at various international film festivals.

Patricia has written several scripts, of which the feature BLOOD OF THE EARTH is the most recent. She is currently writing a feature length animation commissioned by the Colombian cultural ministry for children ages 10 - 12, entitled JERONIMO AND THE SHADOW. Her intention as a writer is to create contemporary stories, new myths for our time, which engage audiences in real and relevant issues.

Patricia was the recipient of the 2013 Teaching Award by University of the Arts London, shared with Visiting Practitioner Laura North for their project helping new students to develop presentation skills. (8/14)