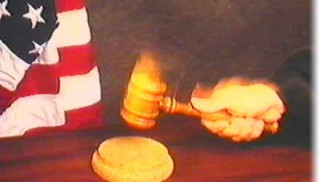 A film by Jill Evans Petzall

A sensitive film which explores domestic violence through the perspective of women who have left abusive relationships. Five women from different backgrounds discuss their ordeals and the concrete steps they have taken to eradicate fear and violence from their daily lives. Supplemented by testimonies from a woman judge, a police officer and a former abuser, this empowering film offers clear, concise instructions on obtaining an order of protection and other support services.

"*** This thorough and well constructed work succeeds in informing the public about both prevention and intervention in regard to domestic violence. This project addresses its important and disturbing topic so well that it should be shown on every television station and in every schoolroom across the country." - Jury Comments, American Film and Video Association

"A provocative, creative video that clearly evokes a profound emotional response to the desperate situation of women affected by the cycle of violence."

"Excellent...Sensitively and sympathetically illustrates the typical range of experiences that battered women encounter."

Producer, Jill Evans Petzall is a nationally acclaimed innovator in video advocacy for women and children. An award-winning videomaker and video artist, she focuses on social-issue themes, and produces work which represents people not usually heard in mainstream media. She says, "My work seeks to find a balance between what I mean to say about the world --and my means of saying it."

For the past 18 years, her videos have been shown on public television, cable stations and in festival circuits throughout the United States, as well as featured screenings in museums, art galleries, universities, and social service agencies across the country. Her work has been honored with numerous awards including several Emmys, a Corporation for Public Broadcasting Award (CPB), an ITVA Golden Reel, three National Educational Media Network Awards, and a Cable ACE nomination. She works exclusively for not-for-profit agencies.

Her documentary topics include the legal rights of abused women, Rule of Thumb; the Boat People from So. Vietnam, S.O.S. Stories of Survival; the poet, T.S. Eliot, In Different Voices.....; a video art piece on the demolition of the Berlin Wall, November Nine; an animated video promoting family literacy: Once Upon A Book; a documentary on the former Maestro of the St. Louis Symphony: Slatkin! A Symphony; a historical look at the first U.S. foster-parents plan; and Veronica's Story, an experimental art film based on the writings of an abused teenager. Petzall recently completed the video-poem Dedication, about the work of women around the world; currently she is producing a documentary about the special needs of children with mothers in prison, When the Bough Breaks. This production has been awarded a grant from the Paul Robeson Fund for Independent Media.

Breaking the Rule of Thumb

Combining powerful interviews with documentary footage, this timely and compelling film takes a comprehensive look at the issues still confronting battered women twenty years after the beginning of the domestic violence movement. Featuring the stories of three women - one a police officer - who went through the Philadelphia family courts to ensure their safety, BREAKING THE RULE OF THUMB examines contemporary domestic violence in terms of changing historical definitions of abuse. Incorporating individual stories into a strong argument for legal reform, filmmaker Andrea Elovson exposes how domestic violence's seemingly personal gender issues are inextricably tied to flawed ideas of civil justice.
Learn more

QUEST FOR HONOR, which premiered at Sundance and was shortlisted for an Academy® Award, investigates the still prevalent practice of honor killing in the Kurdistan region of northern Iraq.
Learn more

Emmy-nominated PRIVATE VIOLENCE explores a simple but deeply disturbing fact of American life: the most dangerous place for a woman in America is her own home.
Learn more
Shopping Cart