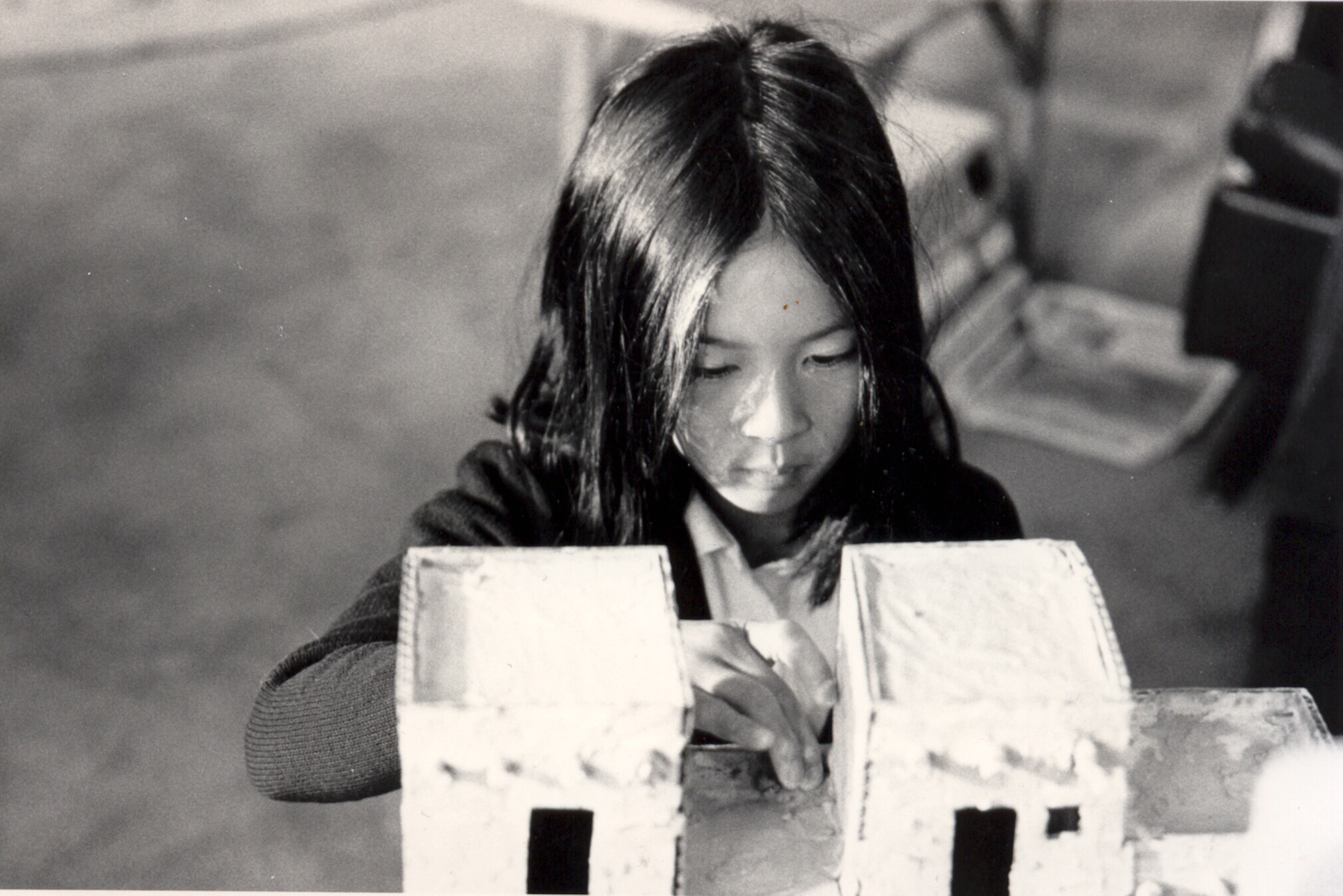 A film by Pam Tom

Doris Chu, a recently divorced Chinese American woman, has plastic surgery to make her eyes rounder. From her teenage daughter Mei's perspective, her mother's two eyes equal two lies. When the family journeys to a desert resort during Doris' recuperation, a series of revelations and bitter confrontations erupt. This beautiful black and white drama is a poignant study of generational conflict and the struggle for identity in a world of hybrid cultures.

"Fresh, contemporary. The sharp sense of cultural disorientation depends on Tom's atmospheric style. Clearly the work of a filmmaker who is fearless."

"I am stunned. “Two Lies” sits in my gut. The film punches and jabs. The film provokes. It is poignant, moving, and deeply disturbing. Pam Tom’s film helps us open our eyes wider and take steps to diminish the racist and sexist lies that flood our lives."

"Two Lies not only looks great, but tackles sticky issues of racial authenticity and pride with exceptional wit and brio."

Pamela Tom is an Emmy-winning writer, director, and producer whose films explore subjects ranging from beauty and identity, to art, technology, social justice, and the Asian American experience.

Her award-winning documentary, Tyrus, premiered at the 42nd Telluride Film Festival and had its national broadcast on the Emmy-nominated season of PBS's American Masters. Her short narrative film, Two Lies, about a divorced Chinese American mother who undergoes plastic surgery to make her eyes look rounder, screened at the Sundance Film Festival and in film festivals around the world. Her documentary, Finding Home: A Foster Youth Story, about four teens as they prepare for life outside the foster care system, premiered on PBS and won a 2019 Los Angeles Emmy.

Tom directed legendary actor Sidney Poitier in a monologue to promote the original Showtime film, Mandela and DeKlerk and a feature documentary about his life and career for Bahamian TV. She has filmed on location in Africa, Asia, the Caribbean and was a producer at KCET on several national series including Wired Science, a PBS co-production with Wired Magazine and WWII Behind Closed Doors: Stalin, the Nazis and the West, a co-production with the BBC.

Tom received her BA with honors from Brown University and her MFA from UCLA's School of Theater, Film, and Television. She’s a member of the Academy of Television Arts and Sciences, Brown Girls Doc Mafia, and Film Fatales, a national organization of feature and television women directors. Tom is a 6th generation Chinese American Los Angeles native. (09/20)