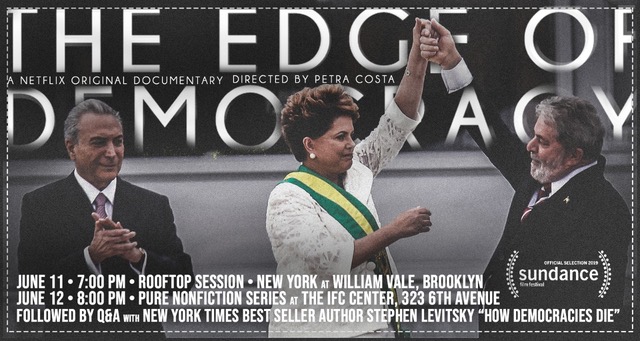 The trailer for EDGE OF DEMOCRACY (dir. Petra Costa, prod. Joanna Natasegara, Shane Boris, Tiago Pavan) dropped last week ahead of a slew of screenings and the film’s Netflix and theatrical launch in New York and Los Angeles on June 19th. The first screening takes place today, June 11th, and will be hosted by Rooftop Films at the William Vale in Brooklyn at 7:00 PM ET. Then, as a special screening for Pure Nonfiction on June 12th, the film will screen at the IFC Center at 8:00 PM ET. See the film’s trailer below.