Nandini is Assistant Professor of an interdisciplinary film and media studies program at Lafayette College, a liberal arts college in Pennsylvania. Sikand’s documentary and experimental films have screened and won awards at over 100 domestic and international film festivals. Her work has aired on PBS and has been awarded grants from The Jerome Foundation, the Center for Asian American Media, and she is two-time awardee of New York State Council on the Arts (NYSCA). Her films include: The Bhangra Wrap (1995), Don't Fence Me In (1998), Amazonia (2001), In Whose Name? (2004), Soma Girls (2009), and Cranes of Hope (2011). She also produced the documentary Mahasweta Devi: Witness, Advocate, Writer (2001). In television, she has worked as a producer and director on projects for Channel Four: UK, Ovation: the Arts Network, HBO, Oxygen, and The History Channel. She served on the board of directors of Women Make Movies, a non-profit feminist media distribution organization from 1997-2006. She was on the Fulbright IIE National Selection committee for film and video for 2008-2011.

Nandini choreographs and performs regularly with her neo-classical Odissi dance company, Sakshi Productions. Her dance work has been funded by LMCC (Lower Manhattan Cultural Council), the Asian American Arts Alliance and Joyce Soho and combines the use of film imagery, live music and elements unique to Indian theatre and performance. She is also the Associate Director/Choreographer of Harmattan Theater a performance group committed to an environmentally and socially-engaged theater.

She was recently awarded an American Association of University Women (AAUW) postdoctoral fellowship towards her book project, Bodies, Bells and Borders: Choreographing a New Odissi Tradition. (8/14) 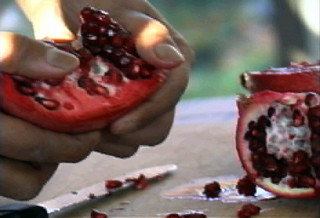 In this highly personal and visually evocative testimonial, critically acclaimed South Asian filmmaker Nandini Sikand poignantly presents her sister’s triumphal recovery from the emotional and physical scars of breast cancer. Lyrically incorporating poetry, experimental video and Super-8 montage, this moving piece looks at the myth of Amazonian women - warriors who were said to have…

END_OF_DOCUMENT_TOKEN_TO_BE_REPLACED 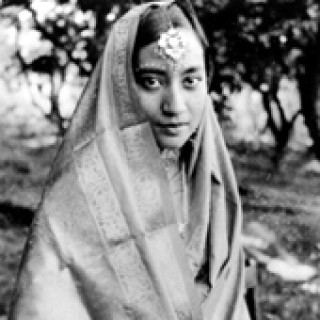 Against the broader backdrop of modern India's political and social history, this lyrical documentary tells the story of the life of Krishna Sikand, the filmmaker's mother, from childhood to maturity. A rich mosaic of memory and impressions, DON'T FENCE ME IN captures the fragmented way in which we journey back through time. Evoking Krishna's earliest…