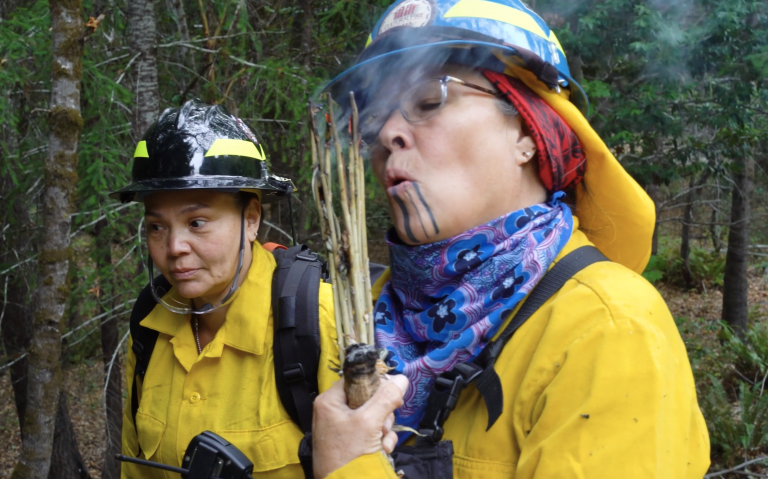 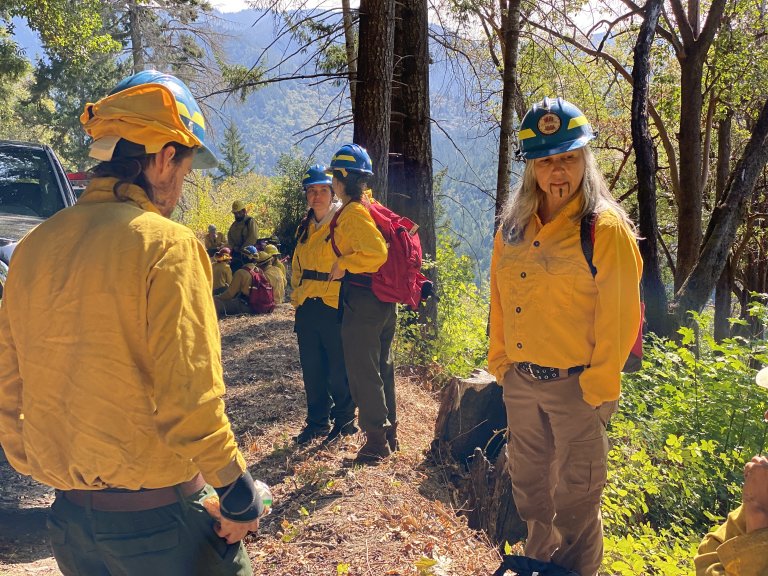 Our relationship with fire is out of balance, leading to catastrophic wildfires. FIRELIGHTERS follows Yurok, Karuk, and Hoopa burning rights activists as they share their knowledge and provide solutions to this global problem.

Our relationship with fire is out of balance, leading to catastrophic wildfires. FIRELIGHTERS follows Yurok and Karuk burning rights activists as they share their knowledge and provide solutions to this global problem.

Between lightning strikes and Indigenous burns, most landscapes in North America were shaped by fire for centuries. Indigenous people had, and still have, deep knowledge of the art of using fire. For most of the 20th century, U.S. federal fire policy was guided by a strategy of fire suppression, which has been one of the main causes of current catastrophic fires. Native Americans face persecution and penalty when they try to use fire in line with their traditions—even on public lands where they often hold treaty rights to hunt, fish and gather.

A follow-up to the successful film Apache 8, produced in 2011, FIRELIGHTERS follows the transformative work of women leaders from the Yurok and Karuk Tribes who are building educational resources to share indigenous practices and create policies to take back indigenous burning rights.

Sande Zeig has directed and produced six films including the short Central Park, which premiered at Sundance in 1994 and played in over thirty film festivals worldwide; the feature film The Girl ( 2001), based on a short story by renowned French writer Monique Wittig, which premiered at Toronto and Berlin; the documentary Soul Masters: Dr. Guo & Dr. Sha (2008); Apache 8, a documentary about the first all-women wildland firefighting crew from the White Mountain Apache tribe, broadcast on PBS in 2011; Sister Jaguar’s Journey (2015), which tells the story of a Dominican nun who finds peace and forgiveness through plant medicine in the Amazon rainforest, and The Living Saint of Thailand: Venerable Mae Chee Sansanee Sthirasuta (2019), which has been viewed over 35,000 on Youtube.

Zeig was the founder and President of Artistic License Films, a film distribution company that distributed over a hundred films, including films by Ismail Merchant, Michel Negroponte, Jim Stark, Kore-eda Hirakazu, and Theo Angelopoulos.