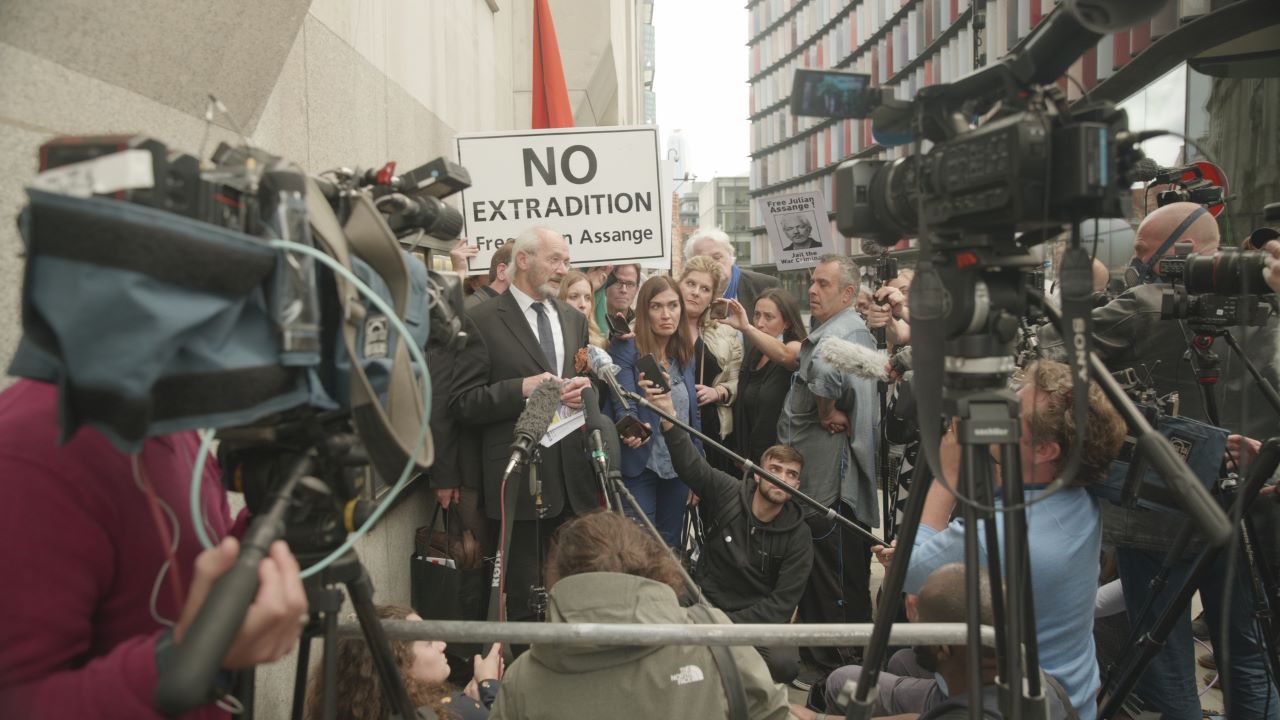 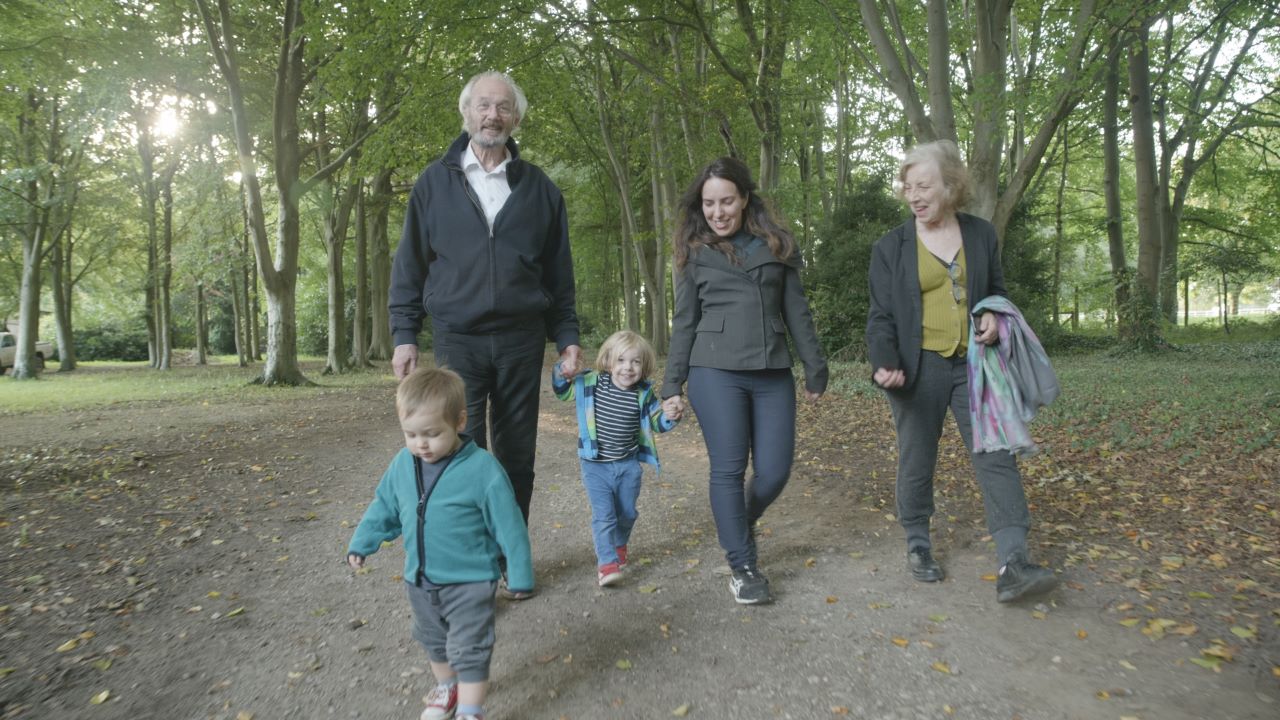 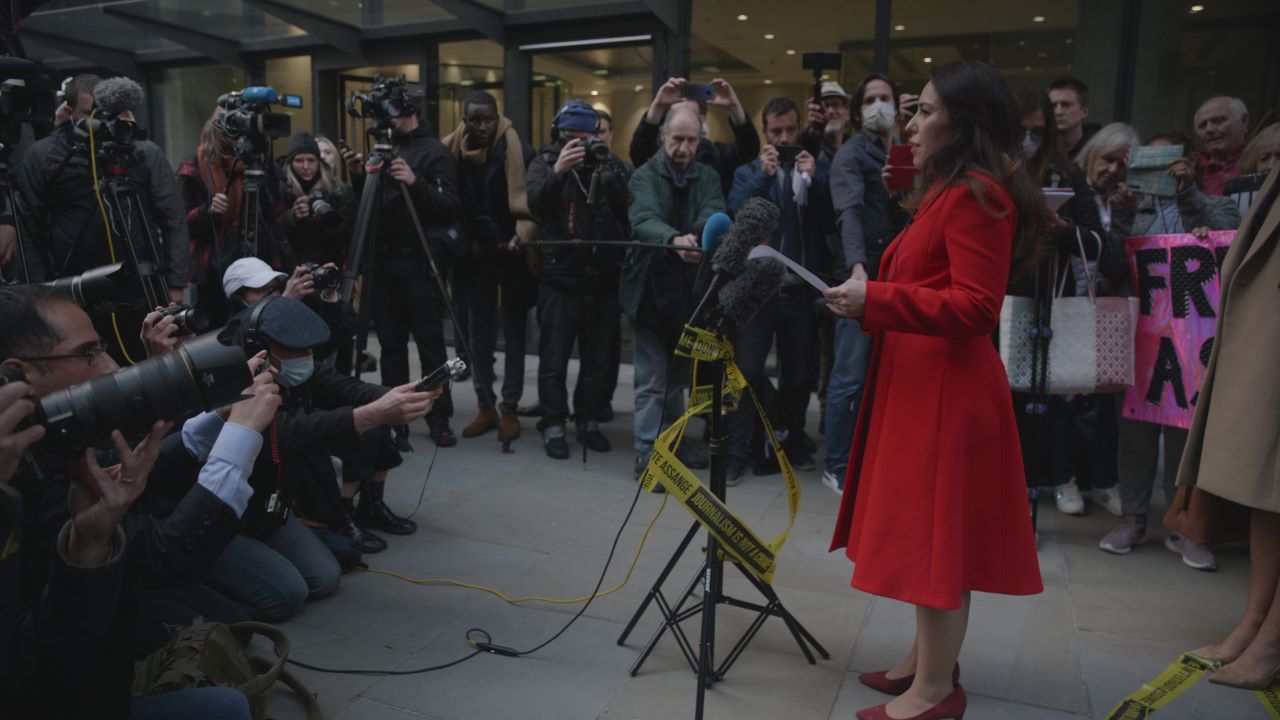 The campaign to free Julian Assange takes on intimate dimensions in this documentary portrait of an father's fight to save his son.

Filmed over two years across the UK, Europe and the US, this documentary follows 76 year-old retired builder, John Shipton’s tireless campaign to save his son, Julian Assange.

The world’s most famous political prisoner, WikiLeaks founder Julian Assange has become an emblem of an international arm wrestle over freedom of journalism, government corruption and unpunished war crimes.

Now with Julian facing a 175 year sentence if extradited to the US, his family members are confronting the prospect of losing Julian forever to the abyss of the US justice system.

This David-and-Goliath struggle is personal – and, with Julian’s health declining in a British maximum-security prison and American government prosecutors attempting to extradite him to face trial in the US , the clock is ticking.

Weaving historic archive and intimate behind-the-scenes footage, this story tracks John’s journey alongside Julian’s fiancee, Stella Moris as they join forces to advocate for Julian. We witness John embark on a European odyssey to rally a global network of supporters, advocate to politicians and cautiously step into the media’s glare - where he is forced to confront events that made Julian a global flashpoint.

Ithaka provides a timely reminder of the global issues at stake in this case, as well as an insight into the personal toll inflicted by the arduous, often lonely task of fighting for a cause bigger than oneself.

His credits include the 2018, best documentary winner at the Sydney Film Festival, Ghosthunter and his latest film, Hearts and Bones, starring Hugo Weaving, which had its international premiere at the 2019 Toronto International Film Festival.

Ben has directed factual series for the ABC, including the acclaimed ManUp series and the 4 Corners investigative series, Exposed.

He has worked in film production for more than 15 years and has developed a broad and deep knowledge of all aspects of the process. From a young age he has been engaged in and committed to film making and has enjoyed long and valuable associations with inspiring and successful professionals within this community.

He has been involved in productions ranging from low budget feature films and quality television drama series, through to major studio pictures. He is based in Australia, and has experience with filming on location, including in Africa, South East Asia and the Middle East.

His first project as a producer, the Imogen Thomas directed Emu Runner set in outback Australia, made its worldwide premiere at TIFF in 2018 and was nominated for an Australian AACTA award in 2019. His next project, the Arabic language Farah was shot in Lebanon and is currently in Post Production in London and due for release in 2021.