It’s Not Who I Am

Women are going to jail and prison at rates that have increased by 700% since 1980, a rate 50% higher than men. When they are released, they have expectations of starting life anew, however, in their re-entry journey, they are often confronted with an unforgiving society.

This is a story about four women who spent various lengths of time in jail or prison and explores the challenges they face as returning citizens.

25-year-old Jessica lost custody of her son for a crime she committed to support her drug habit. When her mother died of a heroin overdose, Jessica she said she would never do heroin, but eventually succumbed to the drug. She’s been clean for the last two years and gets to see her son every weekend.

Nicole, 34, was under the influence when she was arrested for assisting in a series of robberies in an attempt to supplement her husband’s income to provide for their two children. She has not been able to return to her job with the VA, but is managing to juggle a couple of part-time jobs.

Kim is 54. She stole money from her organization, only enough she says, to feed her family and pay some bills. She has had difficulty finding work and housing and is currently living with friends.

Alfreda, 60, spent almost 10 years in Federal prison on conspiracy charges for making a phone call to assist her son who was arrested for selling drugs. She is no longer able to use her degrees in Education to teach in the Baltimore City School system.

Although these stories are about women in Baltimore, they could be in any city in America where the criminal justice system inadequately addresses the needs of women, inside or out.

The film was born out of work I was doing for an organization called Out for Justice, a membership-based 501c3 advocacy group of formerly incarcerated individuals and their supporters that are involved in influencing state legislators about policy and laws that impact them directly. The executive director of that organization, is one of the characters in the film, although she wasn't in that position when I met her and began filming. Her story and those of other women I have met in the process, in addition to personal family members who have been incarcerated, made me very aware of the struggles these women face in finding employment, decent affordable housing and reunification with their children and families. The fact that the resources available to women upon reentry are almost non-existent, particularly in Baltimore, compared to what is available to men, made it clear to me that this story needed to be told in order to influence and affect change. 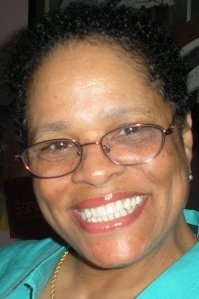 Dean Radcliffe-Lynes is an Emmy Award-winning television producer who has produced television specials for national distribution, including “Martin Luther King, Jr.: The March to Freedom”, for Hearst Broadcasting; “Images & Realities” for the Gene Davis Group and distributed on the NBC O&O’s; “AIDS: Specter of an Epidemic” for the Gene Davis Group that aired on the Health Channel; and “A Celebration of Life: Rising Above Breast Cancer” for the Breast Cancer Resource committee and distributed by American Public Television to over 130 PBS stations. She has also created non-broadcast videos dealing with re-entry that were nationally distributed for clients such as the Annie E. Casey Foundation, the Federal Bureau of Prisons, and Outreach Extensions. She is a graduate of the Yale University School of Drama.