Mothering in the Movement 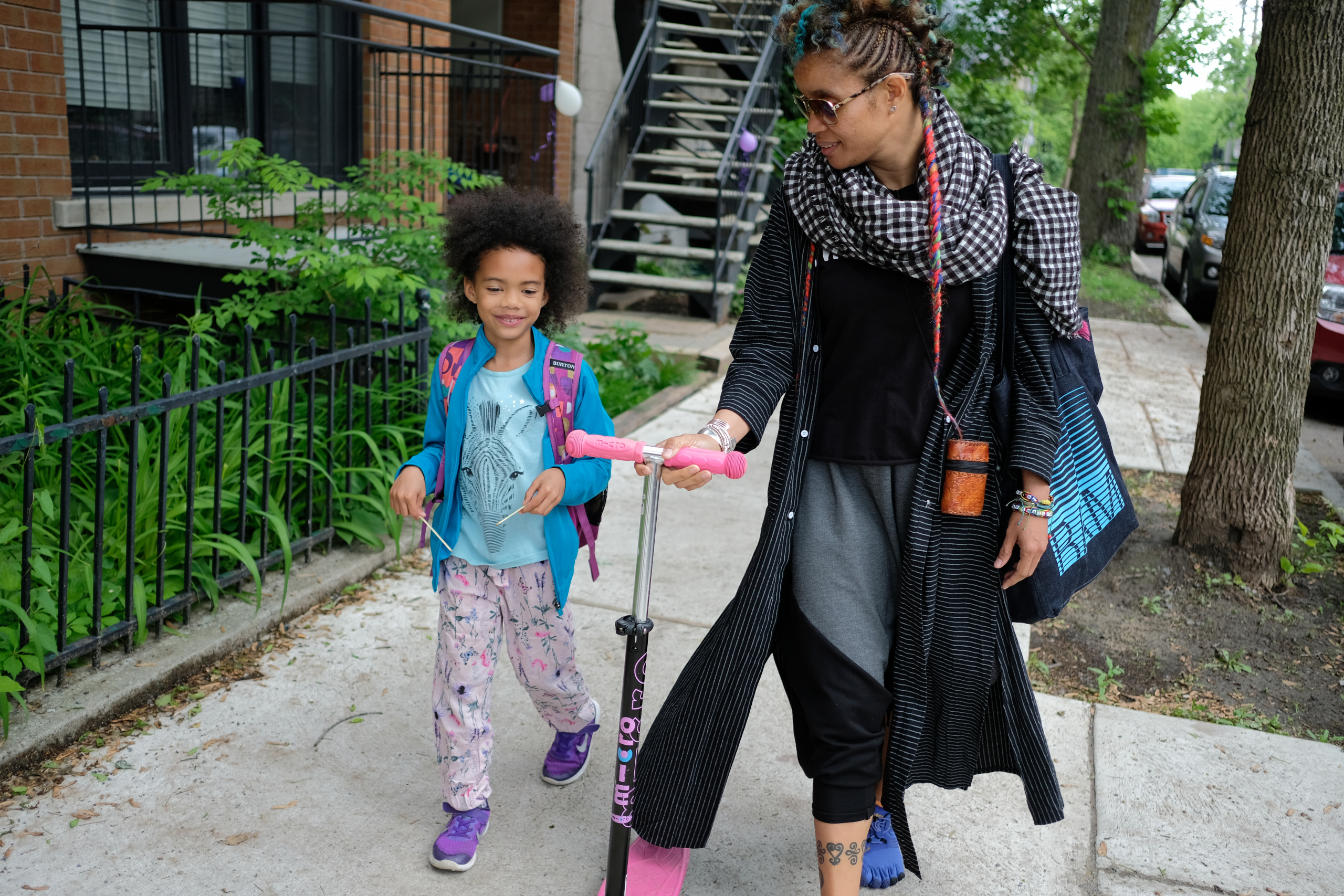 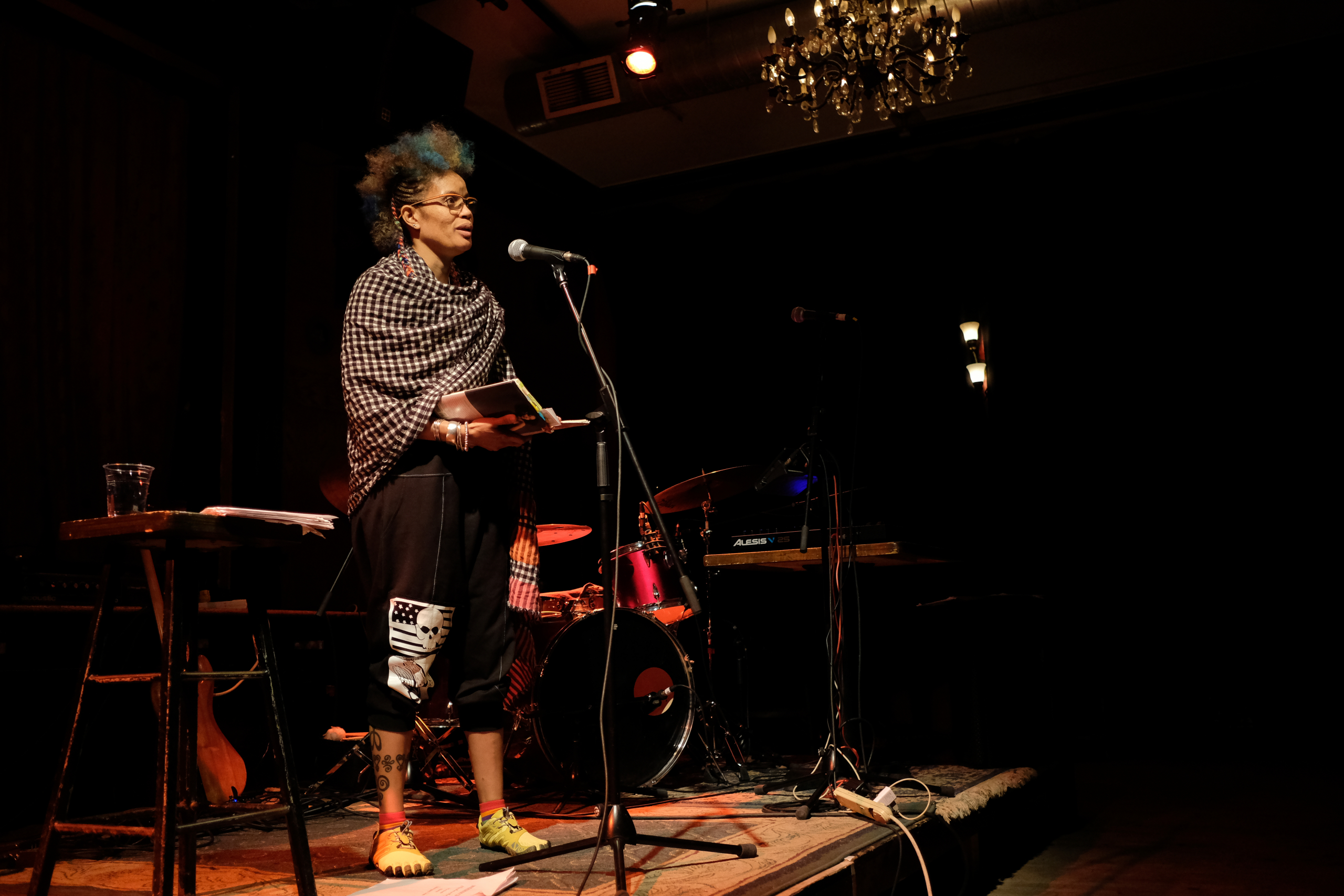 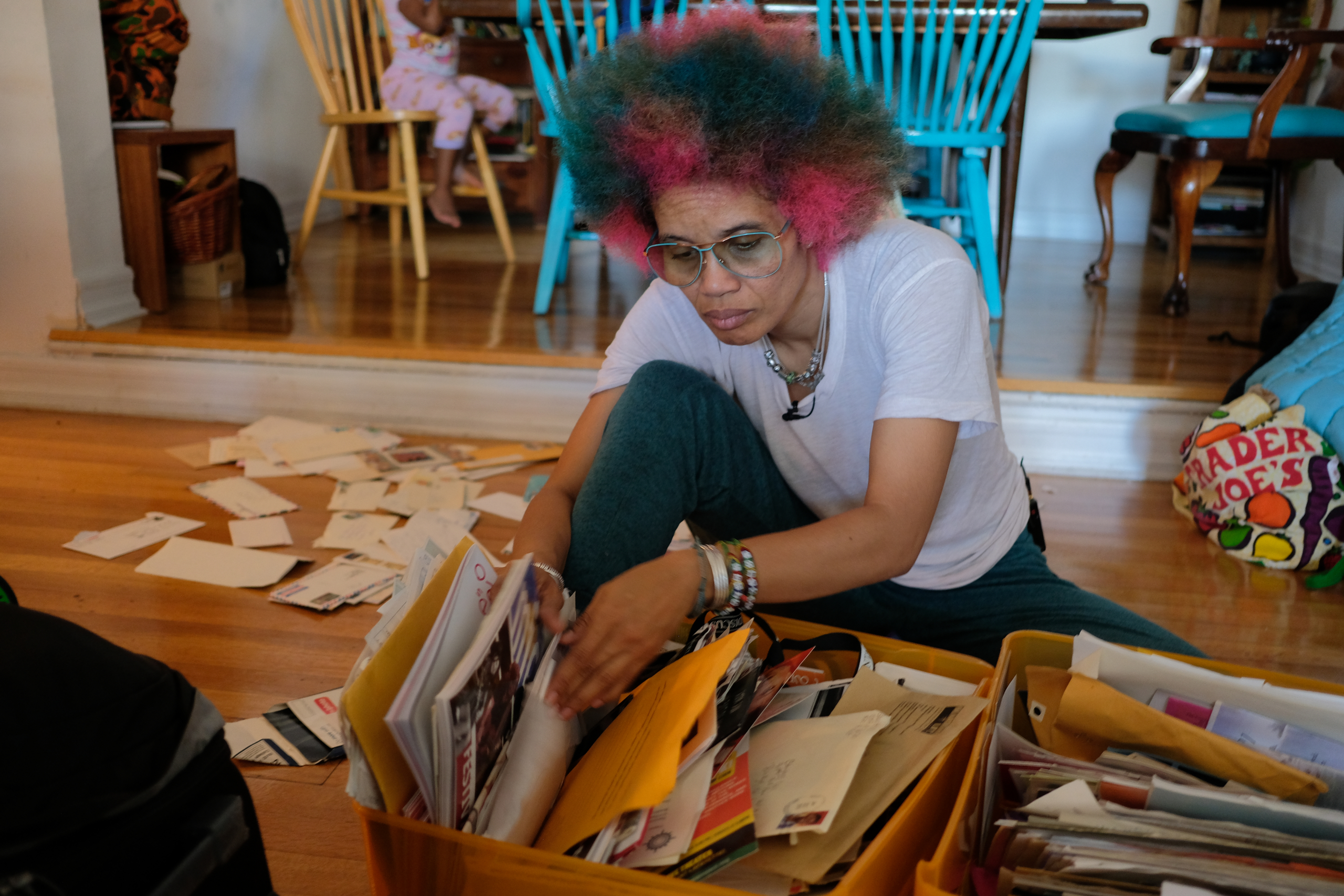 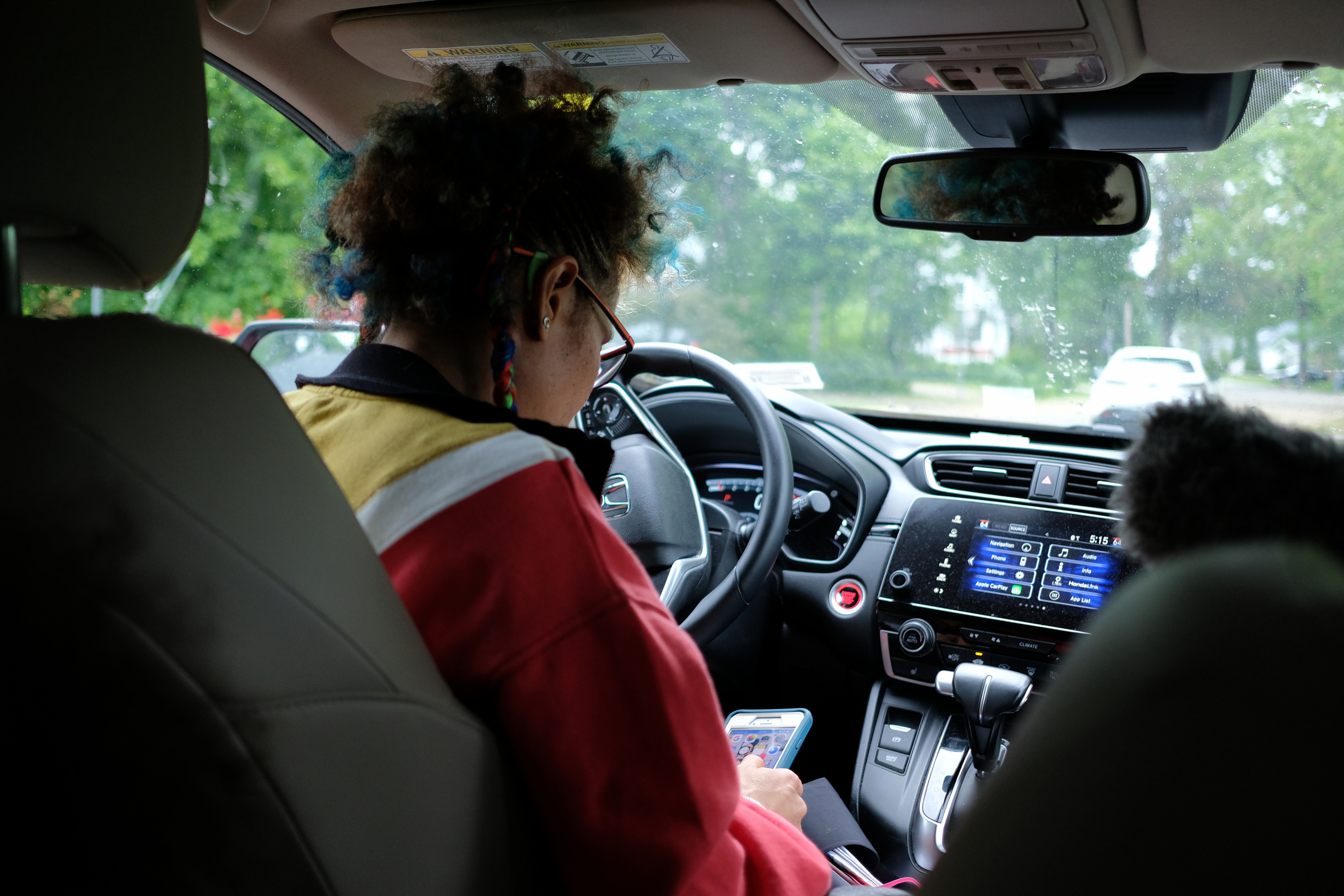 Mothering in the Movement is part mother-daughter buddy film, part investigative saga that follows Brooklyn's most outspoken poet-activist Staceyann Chin, as she navigates being a mom while discovering the truth about her own mother who abandoned her as an infant.

Mothering in the Movement follows Staceyann Chin, Brooklyn’s most outspoken poet-activist and reluctant poster-mom for radical Black parenting as she raises her daughter Zuri, while investigating the past of her own mother who abandoned her as an infant.

Haunted by the recovery of a collection of unopened childhood letters addressed to her mother Hazel in Montreal, Staceyann begins an investigation into the past of a woman whose absence has shaped her poetry, politics, and her relationship with her own daughter, Zuri. Every path she takes uncovers shocking revelations about Hazel’s past, sends Staceyann deeper into a web of dismay around her mother’s choice to leave her behind in Jamaica.

While processing what she’s learned about her mother, Staceyann tries to balance the pain she still carries as Hazel’s wounded child and the joy she has for being Zuri’s mother. Excerpts from the mother-daughter duo’s popular web series punctuate intimate vérité snapshots of Staceyann’s unconventional approach to motherhood. The turmoil of Staceyann's life without a mother contrasts with the joy she takes in being a mom.

As the pieces of Hazel’s story come together and fall apart, Staceyann boards a plane to Germany. With Zuri always by her side, the pair travels to Hazel’s nursing home in Cologne, where three generations converge for the first time in nearly a decade. The final vignette speaks poignantly to the complexities of motherhood - Staceyann flanked by the daughter she’s still learning to mother and the mother she’s perhaps still learning to forgive.

A survey of my body of work: published essays, short films, street, documentary, and birth photography, reveals a clear focus: the lives of Black women and the transformative power of their labour and love.

My work is a natural extension of my lived experience as a Black woman raised in public housing by a Jamaican single mother. As a discerning teenager, I started to recognize contradictions between how the world viewed Black communities and how we saw ourselves. There was nothing “marginalized” about how my mother cared for me and my siblings. My friends and I didn’t feel we were any more “at-risk” than the average teenager. I began to realize how the negative narratives attributed to Black communities upheld structural inequalities. These shortcomings were part of the environment outside of Black bodies. There was nothing inherently Black about them.

By the time I reached young adulthood, I was actively seeking a form of expression that could challenge these destructive narratives. An unlikely friendship with Herb Gluck, a 72-year-old screenwriter from New York led to my discovery that film could do just that.

It’s been my ongoing mission to address the film industry’s glaring negation/mischaracterization of Black women despite their vital role in the preservation of culture, family, and justice. Mothering in the Movement - my debut feature film strives to right this historic wrong by focusing my lens on Black women and the expansive (never marginalized) grandeur of their lives.

“I raise my fist. For me. For my mother who had the courage to leave. The lack of words between us reminds me I come from a line of women with dark scars for last names.

Women who sing in secret chorus across blue waters.

Women who are quick to tell me, “Time has always been longer than rope”.

These women teach me to play my own part of this endless song.” 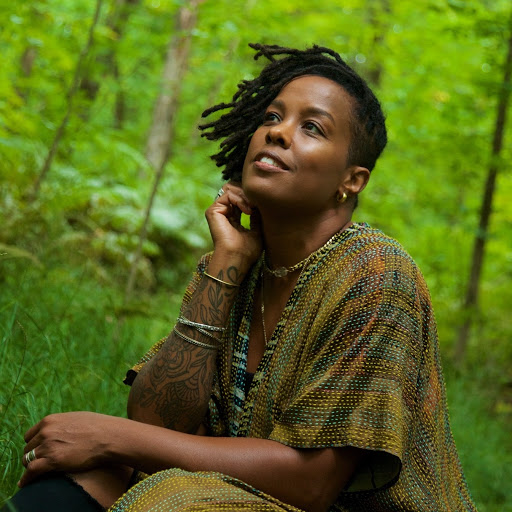 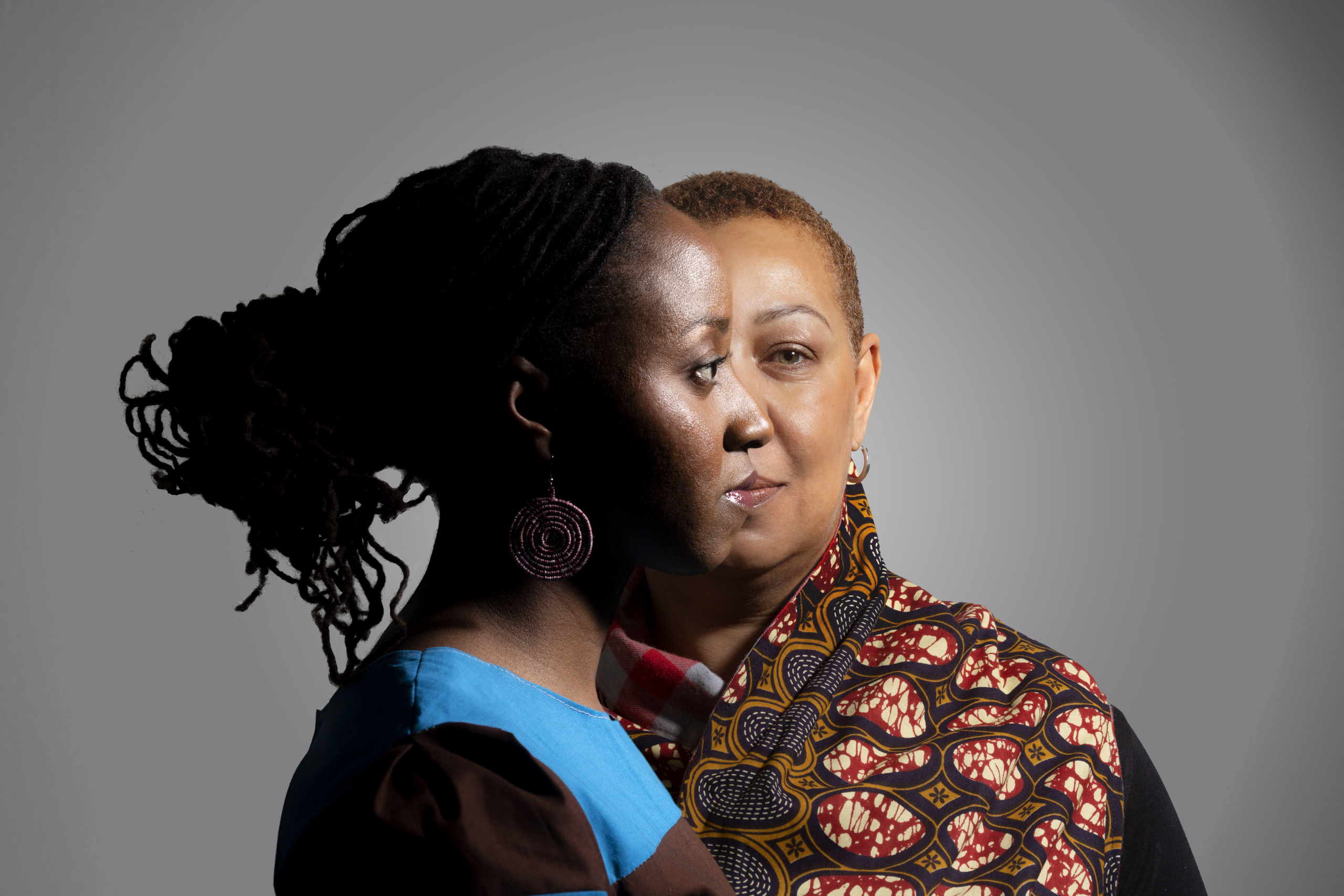 Ngardy Conteh George, the co-founder of OYA Media Group, is an award-winning filmmaker committed to working with marginalized communities, especially those that represent the rich cultures and complexities of the African Diaspora. Her films include award-winning Sundance Documentary Film Fund supported feature-length documentary The Flying Stars (Best documentary – BronzeLens Film Festival, 2015) and most recently, TV hour Mr. Jane and Finch (CBC Docs POV) which won two Canadian Screen Awards. She has been a Sundance Institute Program Fellow and supported by the Toronto, Ontario, and Canada Art Councils.

Lea Marin is an award-winning Toronto-based producer with more than 18 years’ experience. A graduate of the Canadian Film Centre’s Producers’ Lab, Lea joined the National Film Board of Canada as a producer in 2006. Her most recent film credits include Astra Taylor’s, What Is Democracy?, which premiered at TIFF in 2018; Charles Officer’s Unarmed Verses, which won the Best Canadian Feature Award at Hot Docs 2017.