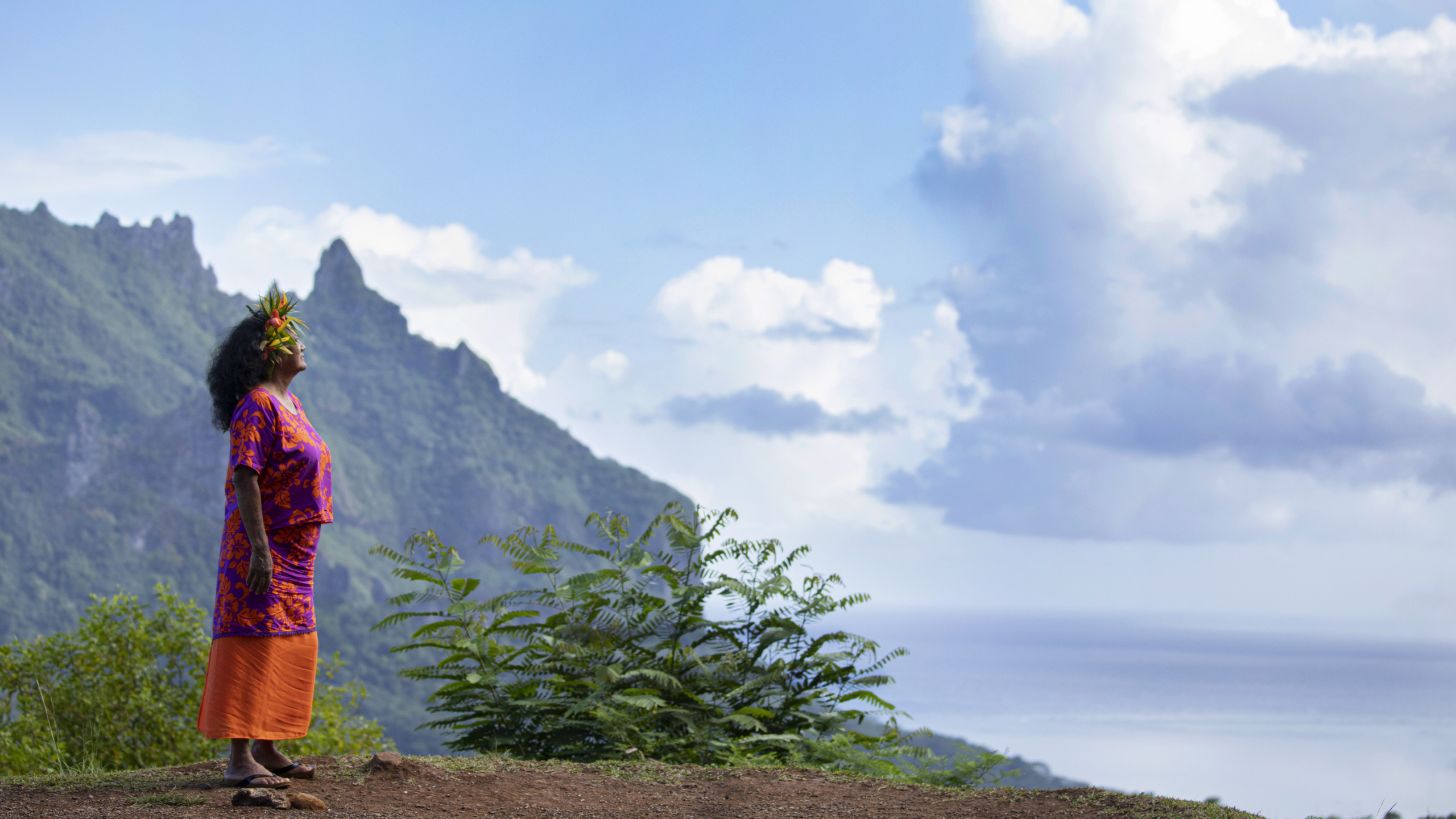 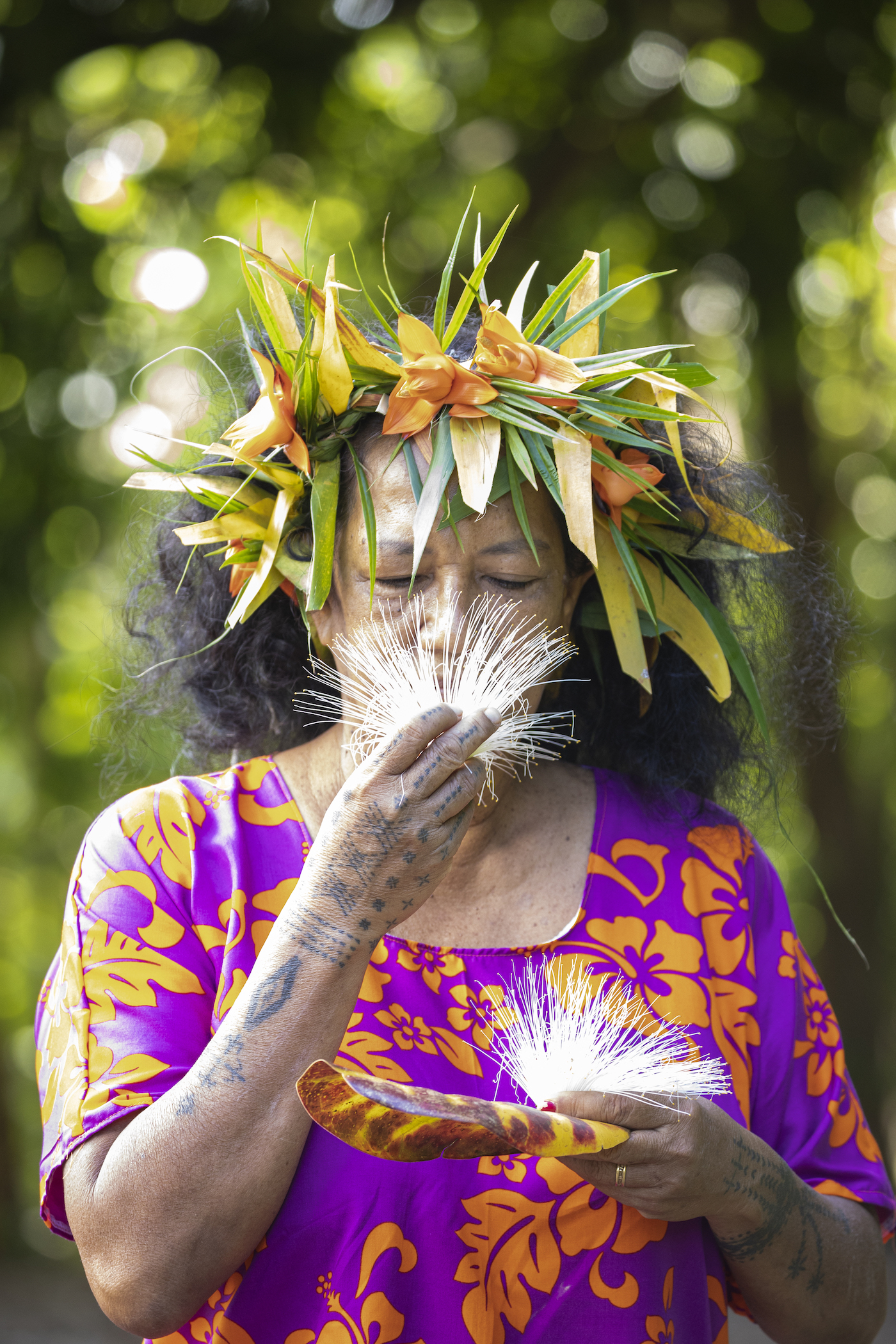 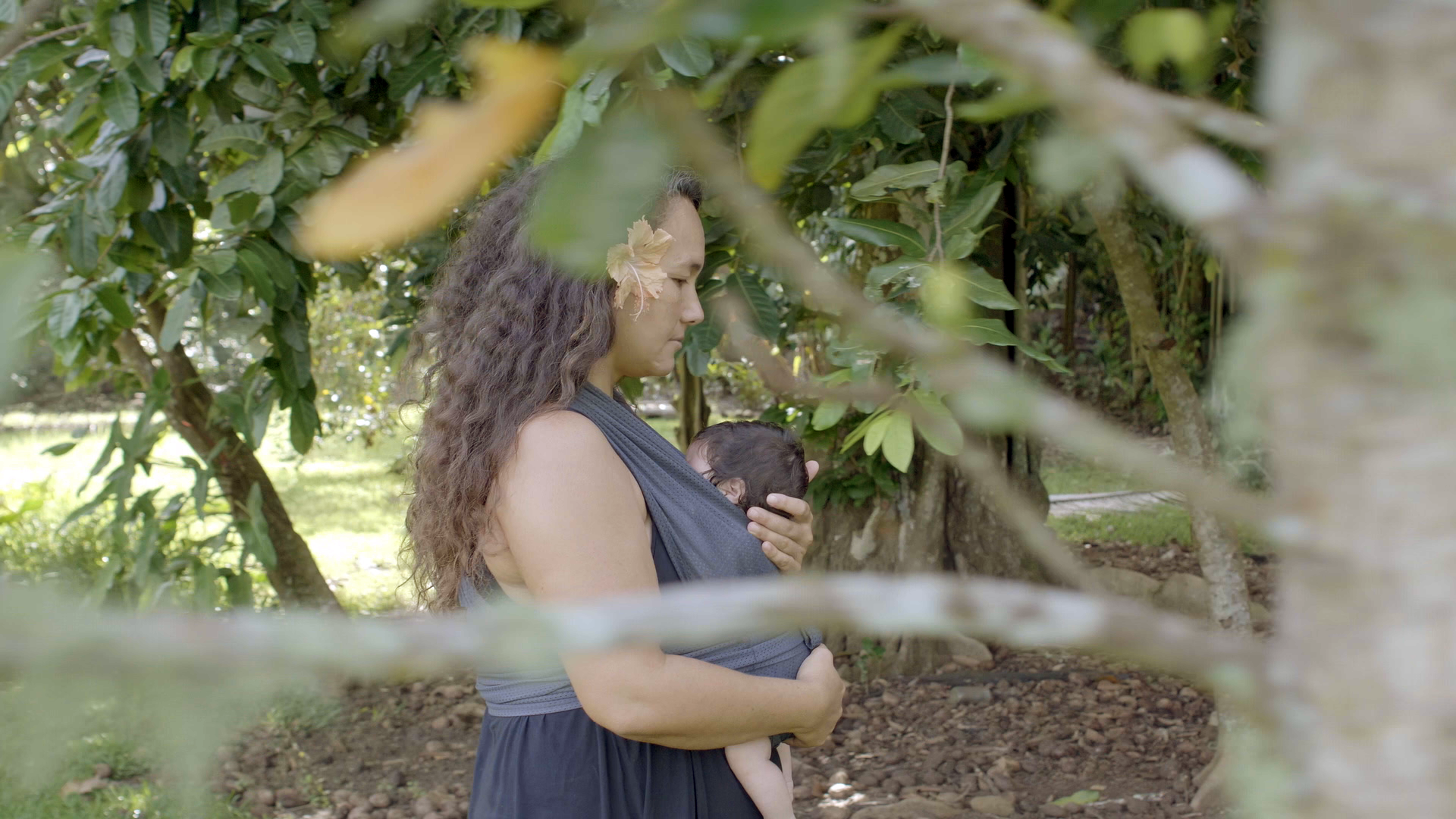 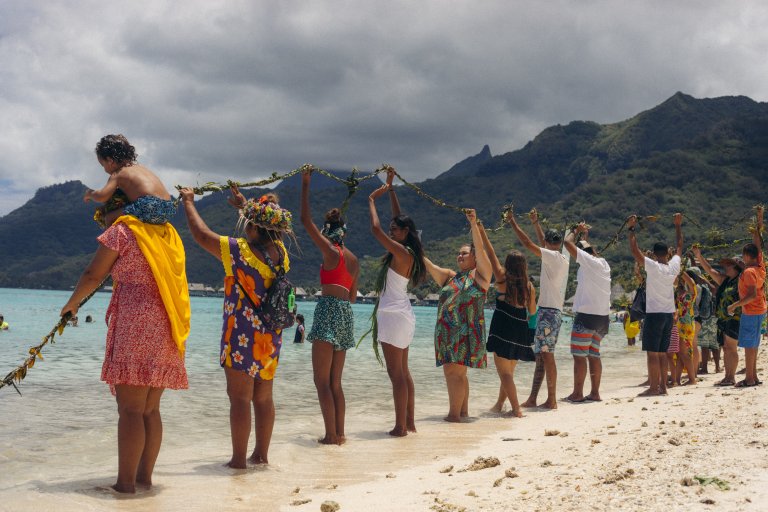 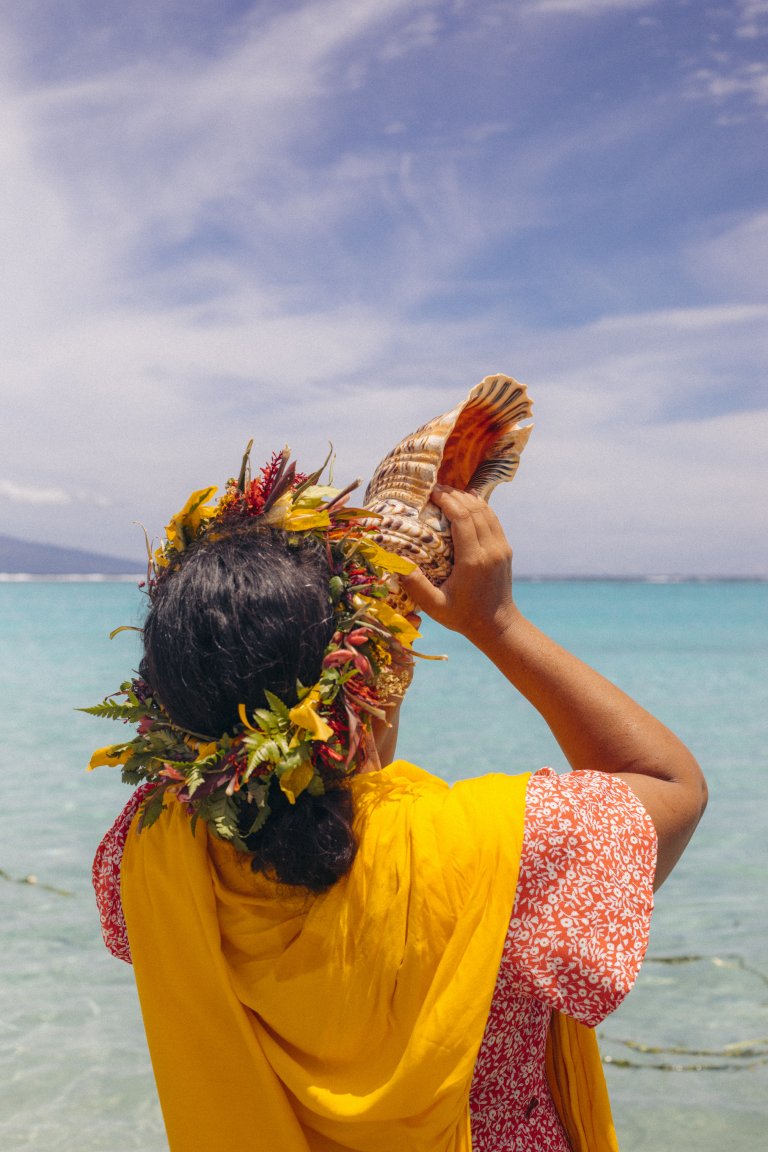 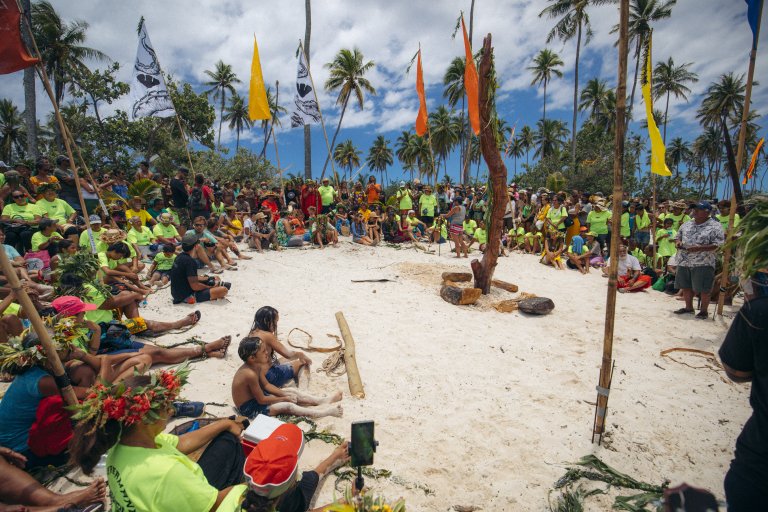 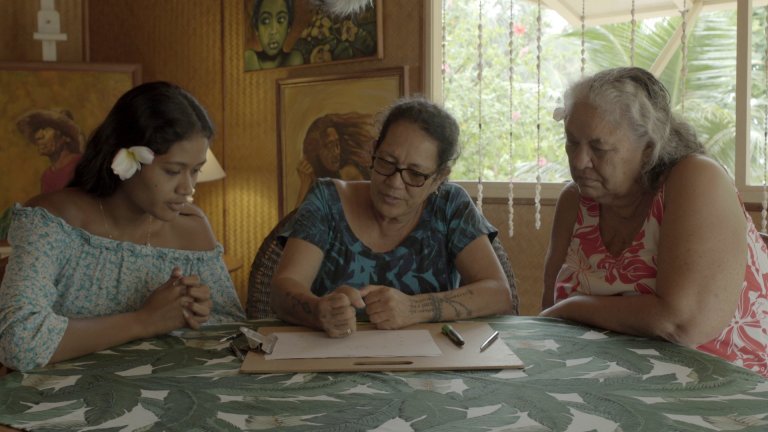 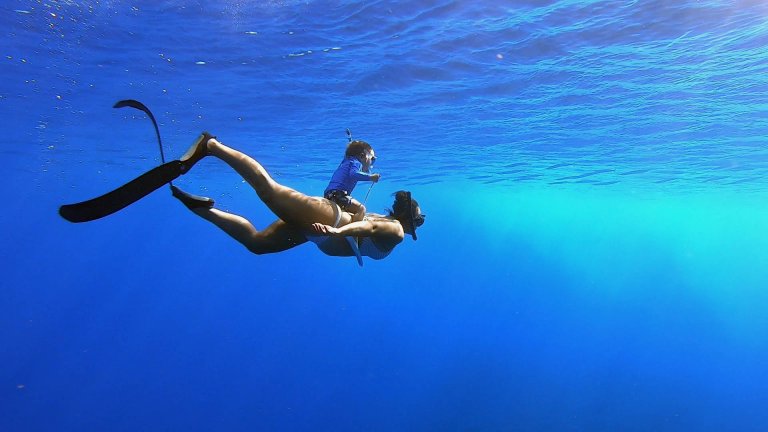 As the climate crisis threatens Tahiti, an alliance of women embarks on a sacred journey to protect their island home.

The Source of Life (Te Puna Ora) is an artful telling of a burgeoning environmental movement in French Polynesia. We follow three indigenous women - a community leader, a spearfisher and a teenage activist - as they cultivate an alliance at the front lines of climate change. Inspired by the myths and rituals that shape their nature based culture, these unlikely leaders move beyond bureaucracy and toward ground-up empowerment. Together, they oppose overdevelopment, take back indigenous land, and ultimately demand recognition from international leaders. Their journey is mirrored by a parallel fictional storyline of the myth of goddess Hina while she, like them, sails through the south pacific, faces a storm and finds purpose. This is a story of how a small community can give hope for global change.

"As native Tahitians we grow up immersed in nature. The ocean is our first ancestor and through our myths we learn our deepest lessons. Te Puna Ora not only serves to preserve this connection with the ocean, but also shows an undeformed indigenous reality. We tap into a truly ancient way of seeing the world through modern eyes, bringing us to the heart of Polynesian philosophy.

It is time for our community to share an essential message with the world: we are one with nature, and we should treat it as an equal. Climate change is everyone's concern. What if the key wasn't innovation, but tradition moving us forward? Now is the final moment to release what has to be said, in our own words." 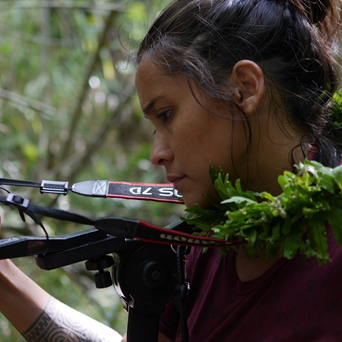 Virginie Tetoofa is an Indigenous Tahitian woman with 14 years of experience in filmmaking. After five years of working in the film sector of Europe, Virginie decided to return to her home island of Moorea to pursue her work as a film director and return to her roots. She believes that showing the contrast between the intangible elements of Polynesian heritage and the search for openness, can result in a new way of storytelling. Most of her work as a director focuses on the relation between tradition and modernity and on characters that are rooted in their land and culture. She uses a collaborative approach in her films which often feature the dilemma
between preservation and progress. Some of her work includes: "Pari Pari Fenua" season 1 and 2 (short hybrid documentary series), music video "Faafaite” by Pepena and “E Arioi Vahine” (short narrative) which premiered at the Palm Springs Shortfest 2009 and was screened at numerous festivals (Montreal, FIPA, Tel Aviv). 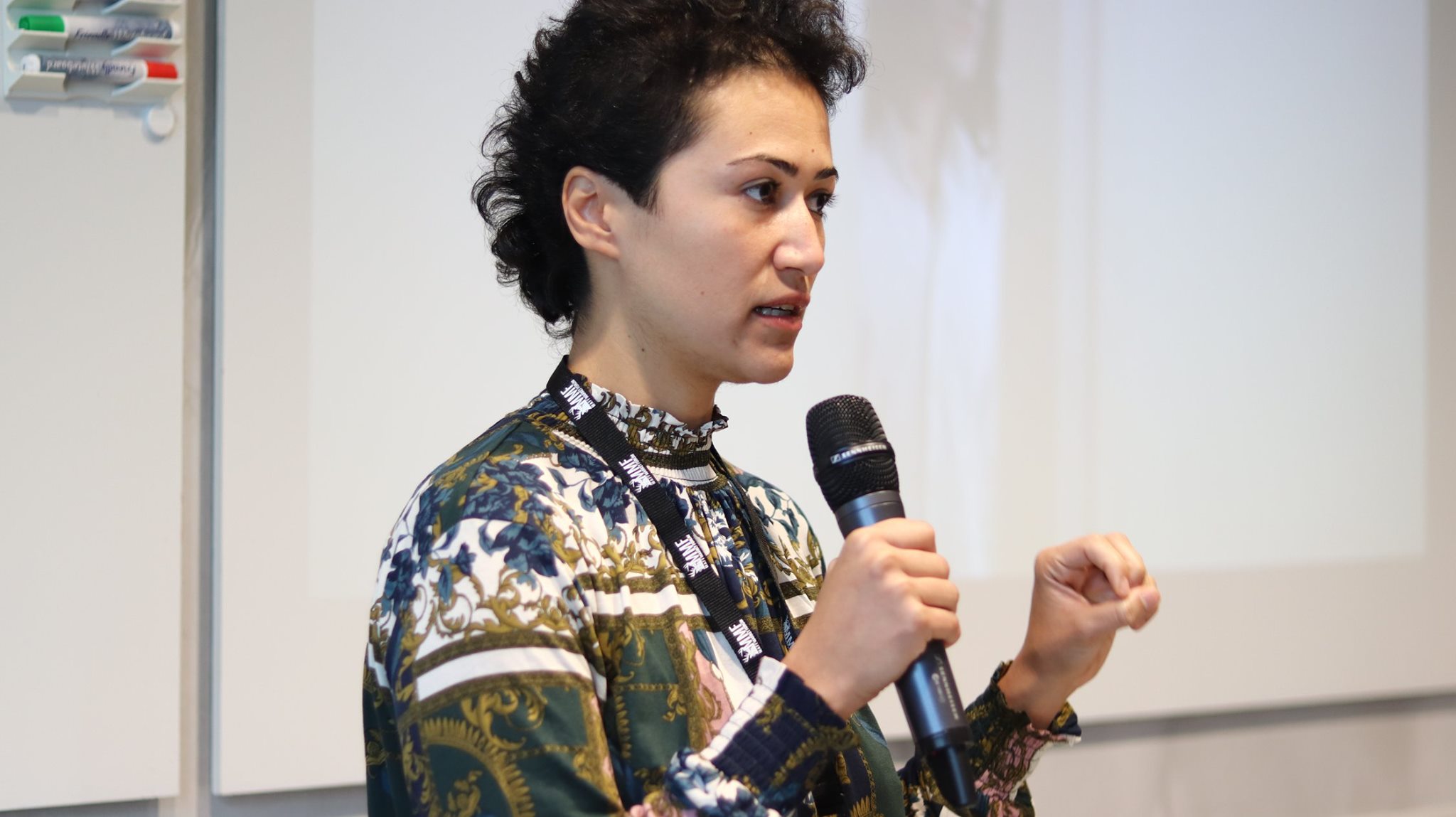 Riham Ezzaldeen is a Producer and filmmaker raised in Damascus, based in Sweden and Greece. Through her work producing feature length films, documentary series and multimedia projects, she focuses on highlighting the beauty and necessity of diversity while highlighting social and environmental topics. Her methodology of effective activism and solution-based artistic expression breathes life and perspective into every project she works on. Some of her work includes, “Sing For Hope in Greece,” “Waynak” documentary series, “Bird Watching in Azerbaijan,” and “George and the Whales.” She identifies as queer and is fluent in Arabic and English. She is a proud BGDM member, part of the WMM Production Program, and leads Original Productions at production company What Took You So Long?. A film she has in early production won a pitching award at MAFF, a short film she recently finalized has won three awards and short-listed for five more, and her WIP documentaries participated in the Hot Docs Deal Maker, Film London Financing Market, BGDM Feedback Loop and other key industry events in Berlinale, Cannes and Sheffield.