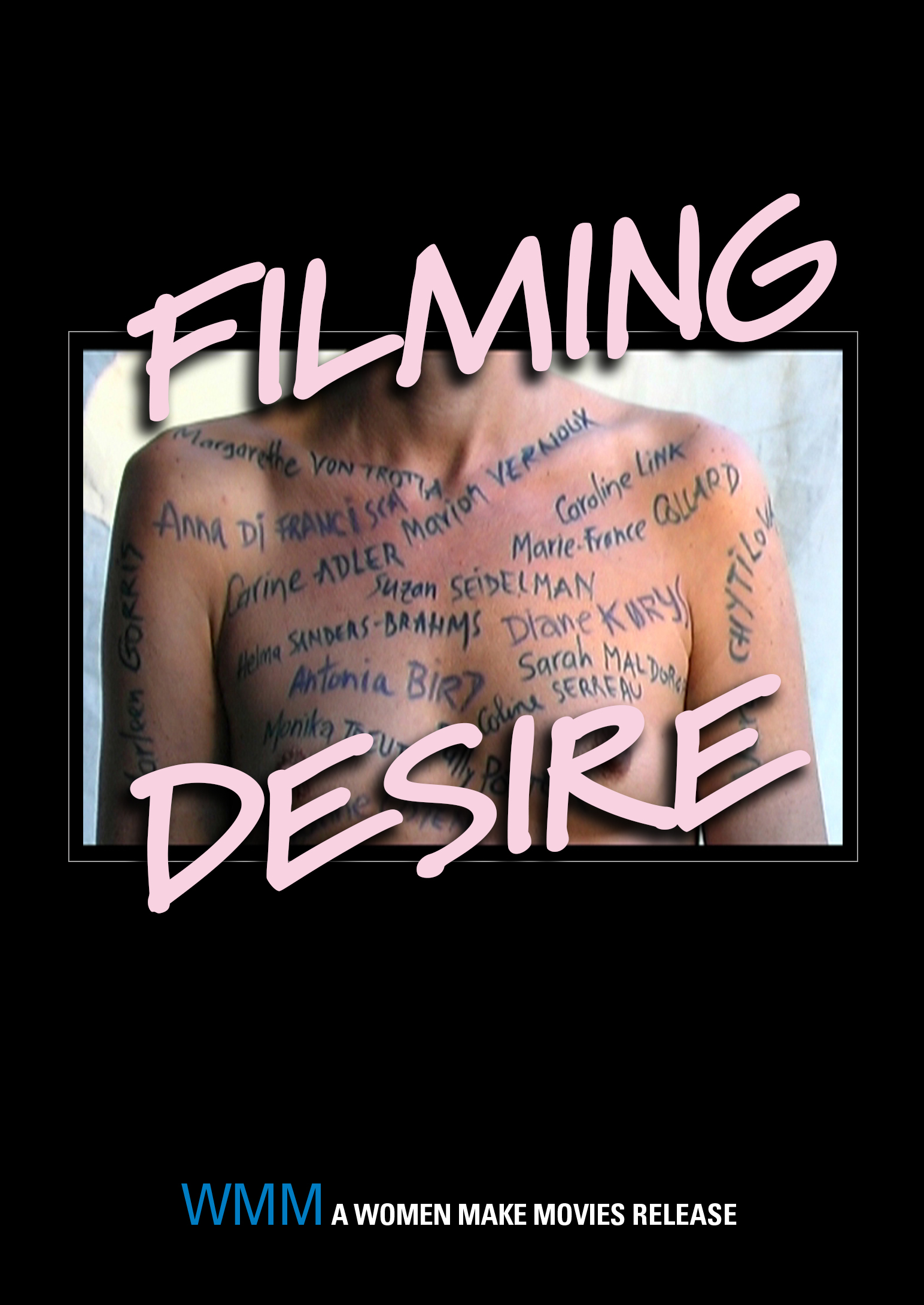 A Journey Through Women's Film

A film by Marie Mandy

Powerfully illustrated with film clips from their own work, the directors discuss the reality of an explicit women’s point of view, the possibility of a women’s cinematic language, and the desire in their films to ‘fantasize and dream a new image of themselves’. While discussing how their depictions of sexuality and relationships are correctives, they also reflect on the sexual differences in selection of image, shot, and story. The film also provides a virtual anthology of the debates about the body, sexuality, power, and passion one sees in contemporary feminist and film theory: the body in representation and image; as a subject of censorship; as the vehicle of desire and love; as the contested ground of cinematic production; and as part of women’s identity and voice.

"For its historical value and insightful retrospective of how female filmmakers have dealt with desire... and for the exquisite pleasure of seeing ‘how beautiful it is to make (female) bodies speak (dixit Cavani)’.”

Belgian born director Marie Mandy was born in Leuven in 1961. She grew up in Africa and the United States, and received a Bachelor’s degree in Roman Philology from the University of Louvain. In 1988 she graduated from the London International Film School, thanks to grants from the Belgian Vocational Foundation and a scholarship from the International Rotary Foundation. She completed her training with Delia Salvi (Actor’s Studio), Jiri Menzel and Krzysztof Kieslowski (Directing) and took a certificate from EAVE in 1992.

In 1989 she created her own production company in Brussels called Amazone Films, with which she produced and directed "Judith" (short, 1989), "Pardon Cupidon" (feature, 1992), and "Madeleine in Heaven" (documentary, 1999). She has since directed several documentaries and worked for the French Television ARTE and for the Belgian channel RTBF.

As a photographer she has worked as a portrait photographer for several magazines, photographing art world and business personalities. She has shown her photographs and her "photo-weavings" in a dozen countries. She produced, from 1994 to 1997, important photo-journalistic work on the situation of disabled people in Europe and on institutionalized children, all the while pursuing her independent work as a photographer.

From 1993 to 1995 she was president of the ARPF (Belgian Association of Film Directors-Producers). She has been vice-president of the Belgian committee of the SACD (Author’s Guild) since 1996.

She currently lives and works in Brussels and Marseilles. (7/12)

WHAT HAPPENED TO HER is a forensic exploration of our cultural obsession with images of the dead woman on screen. Interspersing found footage from films and police procedural television shows and one actor’s experience of playing the part of a corpse, the film offers a meditative critique on the trope of the dead female body. The visual narrative of the genre, one reinforced through its intense and pervasive repetition, is revealed as a highly structured pageant. The experience of physical invasion and exploitation voiced by the actor pierce the fabric of the screened fantasy. The result is recurring and magnetic film cliché laid bare. Essential viewing for Pop Culture, Women’s and Cinema Studies classes.
Learn more
Shopping Cart