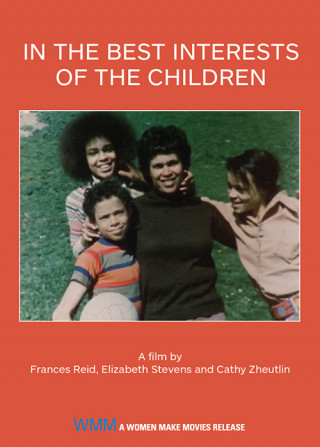 In the Best Interests of the Children

A film by Frances Reid, Elizabeth Stevens and Cathy Zheutlin

This groundbreaking film on lesbian mothering portrays the diversity of experience, race and class among eight lesbian mothers and their children.

Filmmaker, director and cinematographer Cathy Zheutlin has worked in the media industry since the 1970s. She joined the Santa Cruz Womes’s Media Collective in 1973 and immediately began to pursue media production as a means to change society’s image of women. One of the first women camera operators in the industry, Zheutlin served as principal cinematographer on a number of award-winning PBS documentaries including: THE LIFE AND TIMES OF ROSIE THE RIVETER (1979), SQUATTERS: THE OTHER PHILADELPHIA STORY (1984), MORE THAN THE MUSIC (1985), and the 1982 Academy Award-nominee SEE WHAT I SAY. Zheutlin also produced a 1986 documentary about the Great Peace March for global nuclear disarmament and co-directed the film VOICE OF THE PLANET. (10/09)

ALL WE’VE GOT is a personal exploration of LGBTQI women’s communities, cultures, and social justice work through the lens of the physical spaces they create, from bars to bookstores to arts and political hubs.
Learn more
Shopping Cart