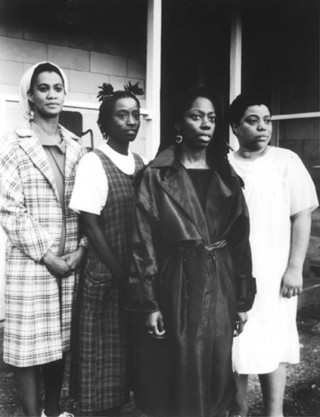 PRAISE HOUSE combines elements of theater, dance and music based on the rhythms and rituals of Africa. Julie Dash, director of DAUGHTERS OF THE DUST, collaborated with Jawole Willa Jo Zollar, founder and choreographer of Urban Bush Women, to explore the source of creativity and its effect on three generations of African American women. PRAISE HOUSE shows the emotional prison so many people live in, even as it celebrates the persistence of belief and creativity, and the splendid legacies African Americans have preserved against all odds. Produced for ALIVE TV, KTCA.

"Celebrates the nourishing, uplifting effect of visions but makes very clear their terrible pain and cost."