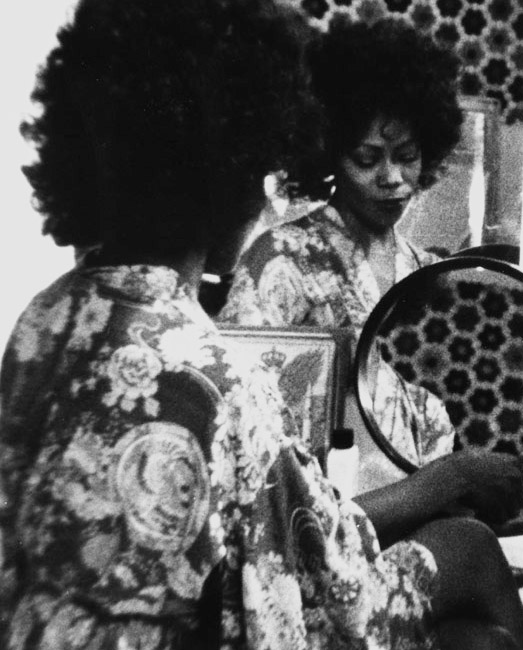 A film by Laura Mulvey and Peter Wollen

Laura Mulvey, author of the seminal essay Visual Pleasure and Narrative Cinema , helped to establish feminist film theory as a legitimate field of study. With Peter Wollen, she directed one of the most visually stimulating, theoretically rigorous films to emerge from the 1970s. RIDDLES OF THE SPHINX is a landmark fusion of feminism and formal experimentation that seeks to create a non-sexist film language. Its title figure, the legendary creature of antiquity, terrorized Thebes and self-destructed only after Oedipus correctly answered her riddle. Invoking and challenging traditional interpretations of the Oedipus story as a movement from matriarchal culture to patriarchal order, the film also probes representation in film itself. The central narrative section, about Louise, a middle-class woman, and her four-year-old daughter Ana, is an inquiry into the arbitrary nature of conventional film techniques that captures Louise's struggles with motherhood in a patriarchal society.

"Initially the soundtrack is devoted to her rhyming, circular stream of consciousness; only as her husband announces that he is leaving her does it break into synch-sound. Throughout, Louise's oblique progress with motherhood is depicted in a series of thirteen 360-degree panning shots. The effect is to rotate the boundaries of her world in a slow delirium. As its title suggests, 'Riddles of the Sphinx' is meant to raise questions. To that end, it succeeds admirably."

". . . the film can be grasped from a number of different angles, and each one delivers its quota of interest and pleasure to the spectator. Such openness is a precious quality in the cinema, whether commercial or avant-garde, in both of which coercive strategies have often reigned supreme. To find a film which crosses the frontiers of different audience expectations, which is unassuming and yet rigorous in its intellectual stance, and pleasurable and provocative at the same time, is rare indeed."

Laura Mulvey (born 1941 in Oxford) is Professor of Film and Media Studies at Birkbeck College, University of London. She was Director of Birkbeck Institute for the Moving Image (BIMI) from 2012 to 2015. She is the author of Visual and Other Pleasures (1989); Citizen Kane (1992); Fetishism and Curiosity (1996); Death 24x a Second: Stillness and the Moving Image (2006); and Afterimages: On Cinema, Women and Changing Times (2019). She has co-edited British Experimental Television (2007); Feminisms (2015); and Other Cinemas: Politics, Culture and British Experimental Film in the 1970s (2017). Mulvey made six films in collaboration with Peter Wollen, including Riddles of the Sphinx (1977), and two films with artist and filmmaker Mark Lewis.

Mulvey is best known for her essay, "Visual Pleasure and Narrative Cinema", written in 1973 and published in 1975 in the influential British film theory journal Screen. (It also appears in a collection of her essays entitled "Visual and Other Pleasures" and numerous other anthologies.) This article was one of the first major essays that helped shift the orientation of film theory towards a psychoanalytic framework, influenced by the theories of Sigmund Freud and Jacques Lacan. Prior to Mulvey, film theorists such as Jean-Louis Baudry and Christian Metz attempted to use psychoanalytic ideas in their theoretical accounts of the cinema, but Mulvey's contribution was to inaugurate the intersection of film theory, psychoanalysis, and feminism. (2020)

Peter Wollen (born 1938 in London, died 2019) was a radical filmmaker, film theorist, and screenwriter, whose crucial book, Signs and Meaning in the Cinema (1969), continues to challenge and provoke. His other books include: Readings and Writings: Semiotic Counter-Strategies (1982), the alternative history of 20th century art Raiding the Icebox (1993), Paris/Hollywood: Writings on Film (2002), and Paris/Manhattan: Writings on Art (2004), all published by Verso, as well as a BFI Classic on Singin’ in the Rain (1992). He taught film at a number of universities and was Professor Emeritus at the University of California, Los Angeles. Wollen co-wrote the screenplay for Michelangelo Antonioni’s The Passenger (1975) and subsequently worked outside mainstream cinema, collaborating on six films with Laura Mulvey. His final feature film was a solo project, Friendship's Death (1987) starring Tilda Swinton as an alien who lands in Amman, Jordan, during Black September, 1970. His expansive interests included organizing paradigm-shifting art exhibitions, such as Frida Kahlo and Tina Modotti (with Laura Mulvey, 1982) and On the Passage of a Few People Through a Rather Brief Moment in Time: The Situationist International (with Mark Francis, 1989). (2020)

WMM is pleased to release two early works by renowned film scholar Laura Mulvey, co-written and co-directed with Peter Wollen. Mulvey came to prominence in the early 1970s with her seminal essay Visual Pleasure and Narrative Cinema. One of the most widely cited and anthologized articles in the field of contemporary film theory, this groundbreaking work investigated questions of spectatorial identification and its relationship to the male gaze. With this essay and other articles, Mulvey helped establish feminist film theory as a legitimate field of study. AMY! (1980, 30 minutes) Amy Johnson was the first woman to fly solo from Great Britain to Australia. Mulvey and Wollen’s experimental documentary combines newsreel footage of the aviator’s arrival, dramatic recreations of events from her life and contemporary discussions by feminist groups on the subject of heroism in this most unconventional biopic. FRIDA KAHLO AND TINA MODOTTI (1983, 29 minutes) “This tautly structured documentary sheds light on the work of Mexican painter Frida Kahlo and Italian photographer Tina Modotti, women icons of the Mexican Renaissance. The film not only explores the two women's artworks, but also includes rare footage of Modotti in the 1920 Hollywood film The Tiger's Coat. We're also treated to some exquisite home movie shots of Frida Kahlo and Mexican muralist Diego Rivera at their Blue House in Mexico City. The film was co-directed by film theorists and avant garde filmmakers Laura Mulvey and Peter Wollen to coincide with the landmark exhibition they curated at the Whitechapel Art Gallery in 1982, also titled Frida Kahlo and Tina Modotti.” - British Film Institute
Learn more

The first film by Sankofa Film and Video, THE PASSION OF REMEMBRANCE has gained classic status as a representation of the totality and diversity of Black experience. Within a dramatic framework the film gives a mosaic impression of the different dimensions of Black experience lived and imagined by a generation of filmmakers in the UK. As beautiful as it is eloquent, THE PASSION OF REMEMBRANCE is critical viewing for those interested in race, gender, history and cinema studies.
Learn more

A Song of Ceylon

A formally rigorous, visually stunning study of colonialism, gender and the body. The title echoes the classic British documentary and evokes a country erased from the world map. The soundtrack enacts a Sri Lankan anthropological text observing a woman’s ritual exorcism. Visually, the film brings together theatrical conventions and recreations of classic film stills, presenting the body in striking tableaux. This remarkable film is a provocative treatise on hybridity, hysteria and performance.
Learn more

Women are the focus but not the object of Trinh T. Minh-ha’s influential first film, a complex visual study of the women of rural Senegal.
Learn more

In this acclaimed, hauntingly beautiful film, director Aliona van der Horst follows the unconventional Japanese-Dutch pianist Tomoko Mukaiyama as she explores the miracle of fertility and the cycle of life—sometimes joyful, sometimes tragic. When Mukaiyama recognized that her childbearing years were ending, she created a multimedia art project on the subject in a village in Japan, constructing what she calls a cathedral, out of 12,000 white silk dresses. While Mukaiyama’s own mesmerizing music provides a haunting backdrop to the film, her installation elicits confessions from its normally reticent Japanese visitors, many of whom have never seen art before—and in moving scenes they open up about previously taboo subjects. Mukaiyama’s courageous approach to a subject that remains unspoken in many cultures is explored with an elegance and sophistication that deepens our understanding of the relationship between body and mind.
Learn more
Shopping Cart