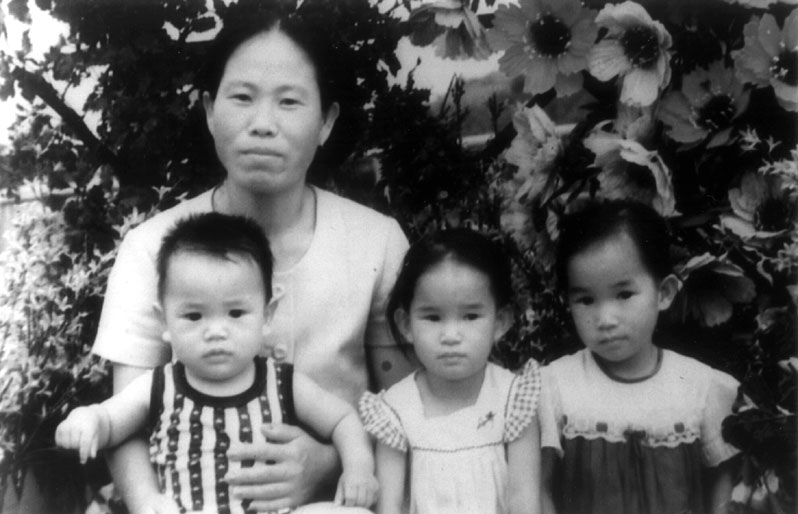 A film by Tammy Chu Tolle

A moving personal documentary, SEARCHING FOR GO-HYANG traces the return of twin sisters to their native Korea after a fourteen year absence. Sent away by their parents for the promise of a better life in the US, they instead suffered mental and physical abuse by their adoptive parents, including the erasure of their cultural heritage and language. Reunited with their biological parents and brothers, the young women explore their past in an attempt to reconnect with their “Go-Hyang”, their homeland, which they find they may not have a place in anymore. Thousands of Korean and Chinese girl babies have been brought to the US for adoption in the last twenty years. This beautiful film is a rare feminist look at the issues of cross-cultural adoption and national identity.

“Searching for Go-Hyang’s exquisite design and rich, densely layered imagery penetrate deeply into that sacred territory of family and our fantasies of it.”

Tammy Chu Tolle is a producer and director for film and television. She directed and produced the award-winning documentaries, Searching for Go-hyang (PBS, 2000) and Resilience (Busan International Film Festival, 2009). She was also an Associate Producer for the award-winning documentary Behind Forgotten Eyes, narrated by Yunjin Kim (2010) and Producer for Play Money (2017). For Discovery Channel Networks-Asia Pacific, she produced and directed Smart City Seoul (2012), and served as the Supervising Producer for First Time Filmmakers: Korea (2013) and First Time Filmmakers: Japan (2015). She also produced Sarah (feat. Hunz, 2017), a music video for Futurecop and New Retro Wave. An Associate Producer for Herzog and Company, Tammy worked with them on The National Comedy Center project (2018), and is currently on an eleven-part documentary series for ESPN Films, College Football 150: The American Game (2019). (7/19)

How do we decide where is home? Feeling increasingly isolated in her adopted homeland, accomplished documentarian Dai Sil Kim-Gibson (SILENCE BROKEN: KOREAN COMFORT WOMEN) travels to Cuba to unearth stories from a relatively unknown group in the Asian diaspora. On the island, she meets Martha, a woman of Korean descent who identifies herself as Cuban. Like many of her contemporary countrymen and women, Martha possesses family ties that span multiple nations, cultures and politics. Her story inspires Kim-Gibson to travel to Miami to meet Martha's émigré sister and the rest of their mulitcultural family, in a journey that reveals how very different worldviews can co-exist in one family separated by place and ideology. Asking probing questions about identity and economic and social justice, Kim-Gibson explores the ways in which we determine our ethnic, national, and cultural loyalties. The compelling stories in Motherland Cuba Korea USA weave a complex web and illuminate the search for an understanding of "motherland" in a globalized society.
Learn more

SUBROSA traces a young woman's journey to Korea, the land of her birth, to find the mother she's never known. This exquisitely crafted drama probes the idealized, often false constructions of cultural and maternal identities wrought by the adoptee's return. SUBROSA tracks the unnamed heroine from a sterile adoption agency office to seedy bars and motel rooms on neon strips, then to a stark U.S. army camp town and the bustling flower markets of Seoul. Though her path to self-destruction and ultimate self-revelation ironically and tragically mirrors that of her imagined biological mother, the past remains elusive to her, the secret intact. Originally shot on digital video, the film captures the grit and garishness of an alien urban landscape while plumbing the melancholy dream space where the character retreats even as she searches for her very life. Brimming with surreal, breathtaking, elegiac imagery, this sensuously rendered tale of loss, love and longing resonates long after its shocking conclusion.
Learn more
Shopping Cart