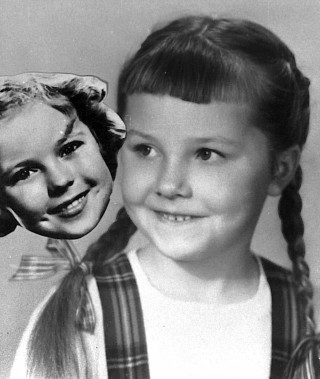 A film by Barbara Hammer

Innovative, funny, and historic, TENDER FICTIONS is an autobiographical exploration of the search for and meaning of gay community. From a childhood spent being groomed as the next Shirley Temple to her current work as an activist and maker of over 70 films and videos, groundbreaking filmmaker Barbara Hammer casts a wry eye on her life and changing world.

In a rich montage of home movies, experimental films, news footage, and personal photographs, Hammer charts her growth from 1950's child star "wannabe" to 1960's straight earth mother to 1990's lesbian artist and activist. Documenting how Hammer's personal and artistic development grew out of and became a part of the feminist, gay, and AIDS activist movements, TENDER FICTIONS is both the story of an extraordinary filmmaker and a compelling portrait of the changes wrought by a generation of women.

"As Hammer examines her emergence, her struggle becomes symbolic of all those who have rejected the ideals by which they were raised...A moving and provocative look at the role of community in an artist's life and the role of the artist in her community." —Lisanne Skyler, Sundance Film Festival

This fascinating film from renowned filmmaker Barbara Hammer combines rare footage, interviews, and rich visual documentation to survey the lives of variously closeted women artists from different segments of the 20th century: Victorian photographer Alice Austen, Weimar collagist Hannah Höch, and present day painter Nicole Eisenman. In a compelling examination of the art world’s treatment of lesbians, Hammer documents how the museum devoted to Austen ignores the implications of her crossdressing photos, how the Museum of Modern Art glossed over Höch’s sexuality in a major exhibit, and how Eisenman’s work based on patriarchal porn is described by critics as “liberating, fun, and over the top”. Examining the museum as closet, and the negotiation of visibility and secrecy in lesbian history, this thoughtful film is a provocative look at the relationship between art, life, and sexuality.
Learn more

ALL WE’VE GOT is a personal exploration of LGBTQI women’s communities, cultures, and social justice work through the lens of the physical spaces they create, from bars to bookstores to arts and political hubs.
Learn more
Shopping Cart