Alba Sotorra has a BA in Communication and an MA on Mediterranean Cultural Studies. What shaped her view of the world and encouraged her to portray it was having the chance to know other countries and having a camera. She lived and worked in Guatemala, Puerto Rico, Cuba, New York, England, Bosnia, Turkey, Iran, Afghanistan and Pakistan, participating in different cinema and video productions. She has directed several short documentary films, among them: INTERSECTIONS (2005), about the inter-religious conflict in Bosnia, and I’M STILL A STONE (2006) about the need of reconstruction of the Afghani Culture. UNVEILED VIEWS (2008) is her first long documentary film. (2/10) 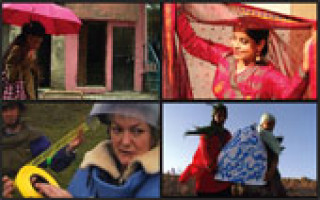 In this revealing documentary five extraordinary women talk about their occupations, aspirations, and the rights and status of women in their Muslim countries. Bosnian Alma Suljevic risks her life daily clearing the landmines near Sarajevo that are war’s deadly legacy, then sells minefield earth in European art galleries so that she can continue her work.…