PORTRAITS OF A SEACH (2014) is Calderón's first documentary feature film. This project was selected by IMCINE to receive Guidance for the Development of Storylines and was produced with the Fund for Quality Film Production FOPROCINE - Mexico, for the postproduction of feature films, of the Mexican Film Institute.

In 2010, she participated in the Theory and Practice Workshop of Documentary Filming and Postproduction, sponsored by AMBULANTE and the Mexican Film Institute, where she was selected to direct the short film A POSSIBLE DREAM.

She has worked as a journalist in written press, radio and television for 14 years. Her works have been published in Mexico’s main editorial groups, such as Reforma and Milenio, as well as in international media, such as the Associated Press agency and the cultural channel NCI, of the Association of Ibero-American Educational and Cultural Television.

She is currently working on her second feature film documentary. This project was also selected by IMCINE to receive Guidance for the Development of Storylines. (9/15) 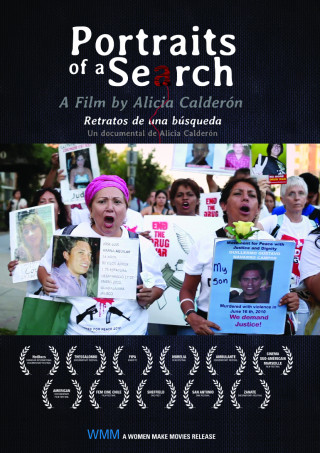 More than 20,000 people disappeared in Mexico during the horrifically violent war on drugs waged by former President Calderon. With each missing person, a family is left behind in a desperate search to get answers from a government that is suspiciously ambivalent. Putting a human face on the most harrowing of statistics, director Alicia Calderon…