The Dutch director Aliona van der Horst was born in Moscow, Russia, in 1970. She studied Russian literature at the University of Amsterdam and film at the Dutch Film and Television Academy. She began her career in 1997 with the much-acclaimed The Lady with the White Hat and since then has received multiple awards for most of her films, among them the Special Jury Prize at the Tribeca film festival for Voices of Bam (2006), and the Grand Prix of the FIFA Montreal for The Hermitage Dwellers(2004). Recently she has received the Jan Kassies award, awarded by the Dutch Cultural Broadcasting Fund, for outstanding achievement. For her latest documentary Boris Ryzhy she received the 'Silver Wolf Award' at the IDFA Amsterdam 2008, Best Documentary Award at Edinburgh Filmfestival 2009 , the Award of the Dutch Filmjournalists and the Special Jury Prize at the FIFA, Montréal. (3/12) 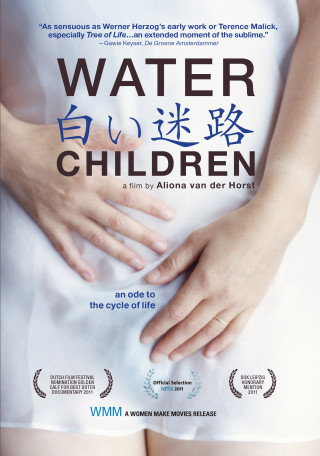 In this acclaimed, hauntingly beautiful film, director Aliona van der Horst follows the unconventional Japanese-Dutch pianist Tomoko Mukaiyama as she explores the miracle of fertility and the cycle of life—sometimes joyful, sometimes tragic. When Mukaiyama recognized that her childbearing years were ending, she created a multimedia art project on the subject in a village in…