Ana Luiza Azevedo is a multi award winning Brazillian filmmaker who has worked as an assistant director on several feature films by directors such as Jorge Furtado, Carlos Gerbase and Carlos Reichenbach. As a writer and director, she has made short films and television specials, and has won awards at several national and international festivals. In 2000, her film “Three Minutes” was the only Brazilian representative in the competitive short film show of the Cannes Film Festival. In late 2007, she directed his first feature film, BEFORE THE WORLD ENDS, based on the book by Marcelo Carneiro da Cunha, which was presented and awarded at some festivals even before its commercial release in May 2010. 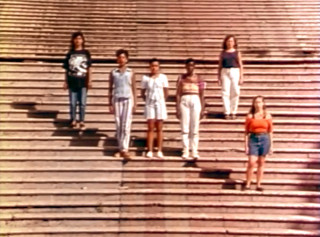 VENTRE LIVRE paints a grim picture of reproductive rights for millions of women in Brazil today. One in every four women of child-bearing age has been sterilized — often in her teens. And, with no access to other forms of contraception, over two million women resort to illegal abortions every year — leading to an…