Anita Chang is a media artist, educator and writer. She has been making films for 20 years. Her films often focus on the experiences of women and girls, minorities, immigrants, exiles, Asian/Pacific Americans, and disenfranchised communities, and are engaged in and complicate discourses on gender, race, postcolonialism, ethnography, diaspora and cross-cultural representation. Her works have screened and broadcast internationally, and been presented at the Whitney Museum of American Art, Yerba Buena Center for the Arts, Walker Arts Center, Museum of Fine Arts Houston, and National Museum of Women.

Chang has also taught film and video production and media studies in numerous community and academic settings in the San Francisco Bay Area, and abroad at Academy of Audio Visual Arts and Sciences in Kathmandu, Nepal; the renowned Motion Picture Department at National Taiwan University of Arts; and the Department of Indigenous Languages and Communication at National Dong Hwa University in Taiwan. 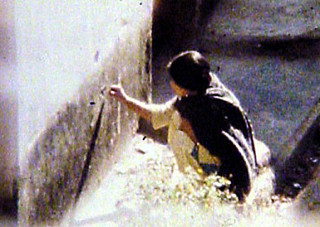 She Wants to Talk to You

In October 1999 filmmaker Anita Chang befriended three 13-year-old girls – Monika Rasali, Sushma Sada and Vinita Shrestha – while living in Kathmandu, Nepal. Honestly presenting themselves in front of the camera, these girls share with the filmmaker their ideas on marriage, friendship and spirituality. Their recordings provide a complex and poignant framework for three…