Anna Campion was born in Wellington, New Zealand to a noted theatrical family. Campion worked for five years as professional actress before moving to London to pursue a fine arts degree at Goldsmith College. Encouraged by sister, Jane, to make films, Campion completed an MA in film at the Royal College of Art. Her first short , The Audition , featuring her sister and mother, won a BBC Student Drama Prize in 1989. Campion’s second short, Broken Skin (1991), competed at the Cannes Film Festival. Anna Campion is also the writer and director of Loaded (1994). (08/09) 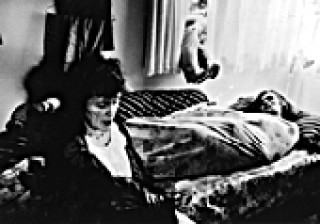 The filmmaker's sister, Jane Campion, journeys home to New Zealand to audition her onetime actress mother for a small role as a schoolteacher in her film adaptation of Janet Frame's autobiographies, AN ANGEL AT MY TABLE. The mother is somewhat resistant to the role, the camera and what she perceives as her daughter's manipulation. The…