April Hayes is a Los Angeles-based documentary director, producer, and creative director. As a producer, her recent projects include the Emmy and Sundance Film Festival award winning feature documentary The Sentence, an intimate film about the longterm impacts of mass incarceration and mandatory minimum sentencing on one family; Rolling Thunder: A Bob Dylan Story by Martin Scorsese, which premiered on Netflix in 2019; and LYNCHING IN AMERICA, a multimedia documentary project with the Equal Justice Initiative on the history of lynching and racial terror in America that has won a Bronze Lion award at Cannes, two Webby awards, and went on to become a traveling exhibit at Brooklyn Museum and EJI’s The Legacy Museum: From Enslavement to Mass Incarceration. Recent directing projects include a short documentary as part of Google’s #ShowUp campaign documenting the current state of Pride movements around the country, "Respond & Rebuild," about Occupy’s post-Hurricane Sandy relief efforts in the Rockaways that was featured on Democracy Now! in 2013, and directed with Katia Maguire, God is a Garden (2015), about an order of environmentalist nuns. April also works as an archivist, most notably managing Bob Dylan’s media archive for seven years, and working as an in-house producer for his film and video projects. She is currently working at Google's Brand Studio, where she develops documentary and nonfiction storytelling projects. (10/19) 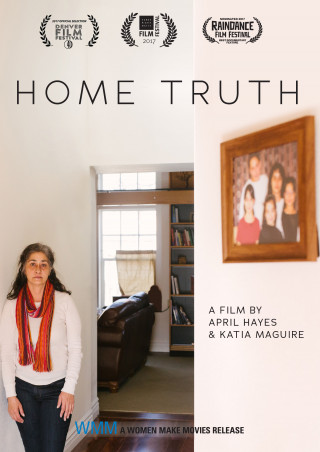 Filmed over the course of nine years, HOME TRUTH chronicles one family’s pursuit of justice, shedding light on how our society responds to domestic violence and how the trauma from domestic violence tragedies can linger throughout generations. In 1999, Colorado mother Jessica Gonzales experienced every parent’s worst nightmare when her three young daughters were killed…