Beate Arnestad (b. 1957) has more than twenty years of experience working at the Norwegian Broadcasting Company (NRK), where she has produced and directed entertainment and cultural programs. She made her debut as a documentary filmmaker with WHERE THE WAVES SING in 2002, tracing the life of a former painter and governor in the forgotten Danish-Norwegian colony Tranquebar in India. While living in Sri Lanka from 2003 to 2006, she started exploring the concept of women in war, which turned into her award-winning second documentary MY DAUGHTER THE TERRORIST (2007). In 2010 she premiered her third full documentary, TELLING TRUTHS IN ARUSHA, focusing on various accounts of the Rwanda genocide during the trial of Father Hormisdas, and the Norwegian judge of the tribunals’ interpretations of these varying accounts. Arnestad’s next project was born out of her growing interest in Sri Lanka’s political struggles. SILENCED VOICES, released in 2012, tells the story of the civil war in Sri Lanka based on the stories of journalists living in exile. (8/14) 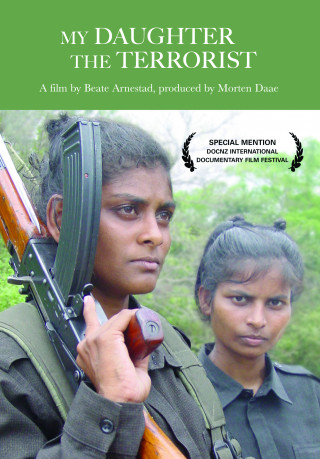 My Daughter the Terrorist

This fascinating documentary is an exceedingly rare, inside look at an organization that most of the world has blacklisted as a terrorist group. Made by the first foreign film crew to be given access to the Tamil Tigers (LTTE) of Sri Lanka, the film offers important insights into the recently re-ignited conflict in Sri Lanka.…