Benedetta Argentieri is an independent journalist and director based in New York and I AM THE REVOLUTION is her second film. Since 2014 she has been covering the Iraqi and Syrian war, with several trips on the ground. Her work has appeared in several international publications, including Reuters, The Sunday Times, Quartz, and more. In 2018, she was selected to give a Ted Talk in Milan on “Women in War” and the making of her documentary I AM THE REVOLUTION (2018) by an all-female crew. In 2016, she co-directed Our War, a documentary about foreigners joining the Kurds in Syria to fight the Islamic State (ISIS), and the film was selected at the 73rd Venice Film Festival, in the out of competition section. In 2013, she co-produced Capulcu-Voices from Gezi, a documentary about the revolt that occurred in Gezi Park in Istanbul, Turkey, which won Amnesty International award. She has an MA in Journalism, with a concentration in politics, from Columbia University in New York. Before moving to the United States, Benedetta worked as a staff writer at Corriere della Sera, the Italian leading newspaper. She started her career at Mediaset, a television station in Italy. (4/19) 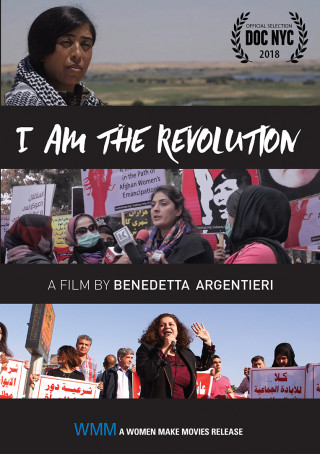 I AM THE REVOLUTION is an empowering portrait of three determined women in the Middle East who are leading the fight for gender equality and freedom. Politician Selay Ghaffar is one of the most wanted people in the world by the Taliban and yet she still travels through Afghanistan to educate other women about their…