Beth has over 10 years of experience as an independent film professional. She wrote and produced short film THREADS, for Bravo!FACT and associate produced THE WHSTLEBLOWER, an investigative feature documentary by Veronica Mannix.

Inspired by the bravery of her sister, a patrol medic who deployed to Afghanistan, Beth followed the stories of three women in the most difficult and dangerous military professions who fought on the frontlines in Afghanistan. In 2010, Beth made her directorial debut with documentary SISTERS IN ARMS. Her film aired nationally in Canada and was recently awarded Best Documentary at the 2012 Film North Film Festival in Huntsville, Ontario.

With over 15 years of experience in sponsorship and business development, and event and program management, Beth’s experience spans a range of industries including cultural and sporting events. Having worked extensively with corporate clients and boards of directors to develop business and marketing objectives, Beth has demonstrated skills in strategic planning and program and account management.

Beth was part of the team that produced Vancouver’s winning bid for the 2010 Winter Olympic and Paralympic Games. As the Manager of Cultural Programs, she played a key role in the development of youth, education and arts programs and budgets that formed the basis of the programs launched by the 2010 Vancouver Organizing Committee of the Games.

As a founding member and director of Peace It Together, Beth is part of a team that has produced highly successful dialogue and education programs, bringing together youth from conflict regions for peace building using filmmaking as a creative tool. The resulting films produced by the participants have been seen by thousands of people worldwide.

Beth has a Bachelor of Arts degree from the University of Western Ontario, has completed the Producer course at the Vancouver Film School, and the Film & Television Financing course and Internet Publishing Program at the University of British Columbia. (4/13) 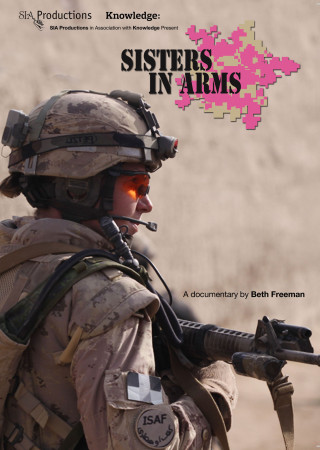 Canada is one of a handful of countries that permit women to fight in ground combat. In January 2013, the Pentagon lifted its ban on women in combat roles. In 2016, for the first time in American history, women will be permitted to train as combat soldiers. Sisters In Arms reveals the untold stories of…