Beverly R. Singer reversed her life paradigm and opted out of the necessity to transform her Indigenous thinking for western understanding, Using digital video, she documents Indigenous people from different places and times who move over the earth carrying out their lives. A sample of her productions include the feature film "Who We Are" for the National Museum of the American Indian, independent documentary "Hozho of Native Women," "Native Youth New Mexico" for the Museum of Indian Arts and Culture, a NEH project "Pueblo Women: Journeys and Pathways-Oral Histories of Contemporary Pueblo Women in Service, Leadership and the Arts" with the Indian Pueblo Cultural Center, "From My Berber Heart" featuring Malika Boukbout, an Amazigh woman who took me through her country in 2016. She is an Associate Professor Emerita of Anthropology and Native American Studies at the University of New Mexico. She holds a PhD in American Studies from the University of New Mexico, MA in Social Service Administration from the University of Chicago, BA from College of Santa Fe and documentary film training from the Santa Fe Anthropology Film Center that established her as an independent scholar, filmmaker, and writer from Santa Clara Pueblo in north central New Mexico. (07/19) 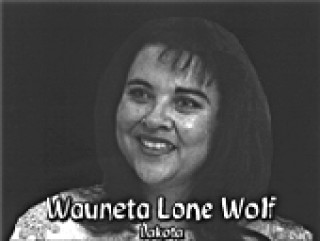 "Five Native American Women from diverse tribal backgrounds tell moving stories, from their lives and cultural memory that concern wellness — physical, emotional, mental and spiritual — and the connection of Native women through shared experience and cultural legacy. That legacy enables them to merge traditional ways of living and healing with contemporary life in…