Brittany Huckabee is an independent filmmaker and the director of THE MOSQUE IN MORGANTOWN, a documentary chronicling conflict in a West Virginia Muslim community. The film took the Best Documentary prize at the San Francisco International Asian American Film Festival before premiering nationally on PBS in 2009. It was nominated for a 2010 Emmy Award for its original musical score.

Huckabee is the founder and principal of Version One Productions, Inc., and served as a 2006-2007 Filmmaker-in-Residence at WGBH, Boston’s award-winning PBS station. Her experience making documentaries spans more than a decade and includes principal filmmaking credits on five documentaries and two weekly series that were broadcast nationally on PBS, including the three-hour documentary series HEAVEN ON EARTH: THE RISE AND FALL OF SOCIALISM (2005).

Raised in a conservative Christian family, she saw her childhood church split in the wake of conflict between a liberal young preacher and the retired cattle rancher who opposed him. Looking back, she realized she was seeing the clash between tradition and modernity that plays out in religious communities of all faiths. A desire to further explore that conflict is what drew her to West Virginia in 2004 to begin making THE MOSQUE IN MORGANTOWN.

Huckabee works as a producer, director, editor and camera operator. Her filmmaking interests include religion, human rights and women's issues; she finds herself particularly drawn to stories about women pushing the traditional boundaries of their cultures. She is currently based in New York. (04/12) 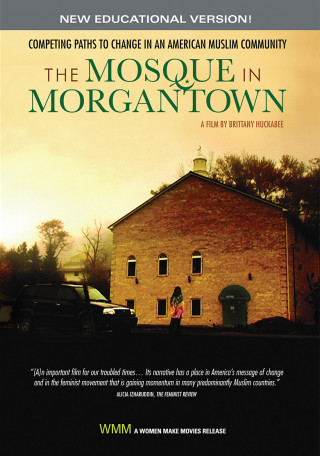 The Mosque in Morgantown

THE MOSQUE IN MORGANTOWN follows one woman’s campaign for change against extremism in her West Virginia mosque, throwing the community into turmoil and raising questions that cut to the heart of American Islam. When former Wall Street Journal journalist and single mother Asra Q. Nomani returns from working in Pakistan to her hometown mosque in…