Catherine Murphy is a DC-based filmmaker who has spent much of her life living & working in Latin America. She is founder & director of The Literacy Project, a cross-platform documentary and popular education project on literacy in the Americas.

As an independent producer, Murphy's work has focused on social documentaries. She field produced Saul Landau's Will the Real Terrorist Please Stand Up?, Eugene Corr's From Ghost Town to Havana, Matt Dillon's El Gran Fellove. She created Spanish versions of several English language documentaries including  OUT  and REFUSE NICKS  by Sonja de Vries and  STEALING AMERICA by Dorothy Fadiman. She served as an archival researcher for Susanne Rostock's biography of Harry Belafonte, Sing Your Song.

After a decade of producing films for other documentary makers, her directing debut was in 2012 with the mid-length doc  MAESTRA, which has enjoyed robust distribution since release, has been translated into six languages, and has inspired other academic research.

A series of films about literacy and education followed MAESTRA including THEY SAY I’M YOUR TEACHER which explores the 1950s South Carolina Citizenship Schools started by Septima Clark, Esau Jenkins and Bernice Robinson in collaboration with Highlander Folk School; Silvio Rodriguez: mi primera tarea, and MAESTRAS VOLUNTARIAS. She is now working on a feature documentary on the early pedagogical work of Brazilian educator Paulo Freire.

Four short stories based on her interviews were published in Eduardo Galeano's penultimate book, Espejos. 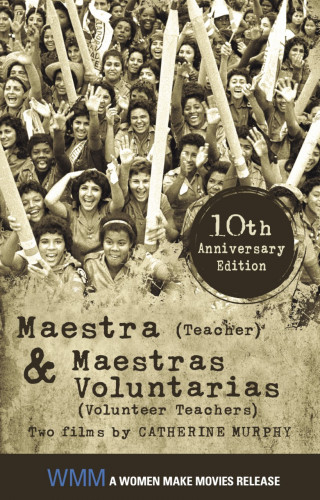