Celeste Crenshaw has the skill and heart to move an audience to take action in health and matters of diversity. Her quest is to educate and change the apathy surrounding issues like hunger, health, colorism and media stereotyping which continue to plague African-American communities.

Emmy and Addy award winning Celeste Crenshaw began her broadcasting career in Reading, Pennsylvania, becoming one of the first African Americans and the first black woman to integrate a Pennsylvania radio station, WEEU, in the late seventies. She went on to produce award-winning content for PBS and Black Entertainment Television. Nationally celebrated programs include: Washington Week in Review, MacNeil Lehrer Report, the 13-part series, New Perspectives, Television from the Developing World and From Jumpstreet: The History of Black Music. Her production contributions extend to landmark campaigns on SIDS, AIDS and Diabetes.

Crenshaw was nominated for an Emmy award as co-producer of a documentary entitled HUNGER: A CAPITAL SHAME She later won an American University Women’s Award for this same documentary. Crenshaw and her co-producer have received Emmy Awards for another documentary BLACK WOMEN ON: THE LIGHT, DARK THANG. A superior songwriter, she wrote the theme song for ...THE LIGHT, DARK THANG. She also took home the coveted Addy and Davy Awards for the slogan and theme song used in a campaign against Diabetes geared toward African-American women. Her quest is to educate and change the apathy surrounding issues like hunger, health, colorism and media stereotyping which continue to plague African-American communities.

Ms. Crenshaw continues to write and produce television programs for her company. Following another dream, she completed an MFA in writing, has been published in several anthologies and is in the process of completing two novels. (8/14) 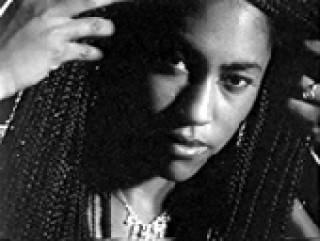 BLACK WOMEN ON: THE LIGHT, DARK THANG explores the politics of color within the African-American community. Women representing a variety of hues--from honey-vanilla to brown-sugar chocolate--speak candidly about the longstanding "caste system" that permeates black society. These women share provocative, heart-wrenching personal stories about how being too light or too dark has profoundly influenced their…