Denise has written documentaries for PBS and HBO, as well as corporate and educational films and web casts for over 20 years, garnering awards from major festivals (American Film Festival, Women in the Director’s Chair, Nyons, and Toronto, Berlin and New York Film Festivals) and industry awards (Joey, Golden Cine). She wrote her first documentary film on contemporary jazz musicians during her senior year at Bennington College and has gone on to work on feature films as a script-doctor and script supervisor with renowned directors including Chris Columbus, Wes Craven, John Korty, George Lucas and Wayne Wang. She produces fund-raising films and events for national nonprofits, and teaches screenwriting at City College of San Francisco, the University Project at San Quentin State Prison, and Chung-Ang University in Seoul. Her essays have been published in Salon, San Francisco Chronicle and CineSource Magazine. She earned her MFA at New College where she developed her debut novel, "Perfect." She’s attended the Squaw Valley Community of Writers Residency in screenwriting and fiction, and was invited to read from her novel at the literary series, East Bay on the Brain. She lives in the East Bay with her husband and dowager cat, and enjoys catching her sons' indie band, Man in Space, when they tour the West Coast. (01/20) 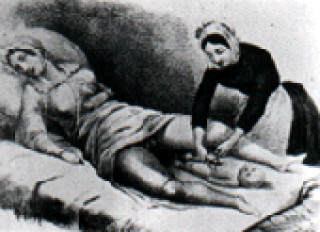 A classic chronicle of women's relationship to gynecology and healthcare, produced by Women Make Movies. In this bold and sensitive documentary, women of all ages and backgrounds speak candidly of their experiences with the healthcare system. HEALTHCARING documents the growing number of women who are questioning longstanding medical practices and working to implement alternative and…