Dorothy Velasco has written over thirty plays produced around the United States and in Canada, Mexico and London. Recent productions include the musical, Cowgirl Heaven, Pigs in Love and several ten-minute plays. Miracle in Memphis (formerly Miracle at Graceland) had numerous productions and won national competitions. A musical version played at Oregon Cabaret Theatre in Ashland and was published by Samuel French, Inc. Visions won regional competitions and enjoyed a mainstage run at Artists Repertory Theatre in Portland. Her outdoor drama, Oregon Fever, played for eleven summers at Oregon City. 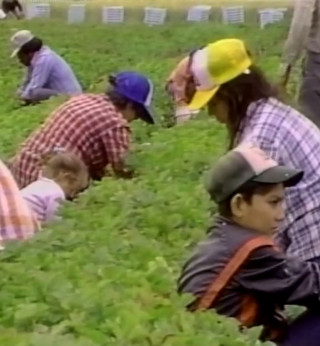 This award-winning documentary examines the lives of women migrant workers from Mexico and Central America as they work in grape, strawberry and cherry harvests in California and the Pacific Northwest. Interviews with women farm workers reveal the dangerous health effects of pesticides on themselves and their children, the problems they encounter as working mothers of…