Estelle Freedman is a U.S. historian specializing in women's history and feminist studies. She earned her Ph.D. and M.A. degrees in history from Columbia University and her B.A. in history from Barnard College. She has taught at Stanford University since 1976 and is a co-founder of the Program in Feminist, Gender, and Sexuality Studies. Her contributions to teaching have been recognized by the Dinkelspiel Award for Outstanding Service to Undergraduate Education, the Dean's Award for Distinguished Teaching, the Rhodes Prize for Excellence in Undergraduate Teaching at Stanford, and the Kahn-Van Slyke Graduate Mentoring Award at Stanford, as well as the Nancy Lyman Roelker Mentorship Award for graduate mentorship from the American Historical Association. She is also a recipient of numerous national research fellowships.

Professor Freedman's research interests focus on the history of women and social reform, including feminism and prison reform, as well as the history of sexuality. The Essential Feminist Reader (2007) is an edited anthology of 64 primary documents from feminist history around the world spanning the fifteenth to the twenty-first centuries. Feminism, Sexuality, and Politics (University of North Carolina Press, 2006) is a collection of eight previously published and three new essays. No Turning Back: The History of Feminism and the Future of Women (Ballantine Books, 2002) explores feminism in the West and its relationship to broader movements for women's rights and social change throughout the world. Her newest publication is Redefining Rape: Sexual Violence in the Era of Suffrage and Segregation.

Estelle Freedman lives in San Francisco with her partner, Susan Krieger, along with their dogs and cats. She is active in the San Francisco Folk Music Club. (8/14) 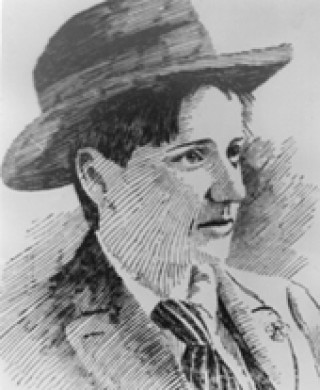 She Even Chewed Tobacco

The Gold Rush. A new frontier. Nineteenth century California offered women the opportunity to pioneer new roles for themselves. Meet Babe Bean, the "trouser puzzle" who escaped the hot glare of tabloid headlines by disguising herself as Jack Garland and serving in the Spanish American War. Or Jeanne Bonnet who scored a record of 22+…