H.L.T. Quan is a political theorist and documentary filmmaker. An Assistant Professor of Justice & Social Inquiry in the School of Social Transformation at Arizona State University, and an Affiliate Faculty in African/African American Studies, Asian Pacific American Studies and Women's and Gender Studies, she received her Ph.D. in Political Science from the University of California - Santa Barbara. Her research centers on race, gender, and economic and radical thought. She is currently writing a book about savage developmentalism and its tendentious propensity to secure order and capitalist expansion. This study investigates foreign policy conducts by Japan in military Brazil, the United States in occupied Iraq, and China in Sudan amidst humanitarian disasters. She is also working on a collaborative project on the historical and political development of Black capitalism in the United States, a 17-city comparison.

Quan has produced, hosted and served as a regular correspondent on radio and community access television public affairs programs for almost twenty years. Her work has been published in Social Identities, Race and Class, Meridians, SIGNS, and the edited volumes, Race & Human Rights, and Global Africa. 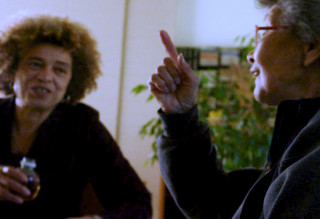