Jennifer Redfearn is an Oscar nominated director with a filmmaking style that the press has called “engrossing,” “beautifully cinematic” and “intensely human.” She directed SUN COME UP, about a small island community losing their land to rising seas. SUN COME UP was nominated for an Academy Award and screened in theaters across the U.S. Her previous ITVS co-production, TOCANDO LA LUZ (TOUCH THE LIGHT), an intimate story about three blind women from Havana, Cuba, premiered at Full Frame where it won the Charles E. Guggenheim Award. Jennifer was also a field producer, consulting producer and additional cameraperson on the SXSW audience award winner LANDFILL HARMONIC. She has produced and edited over ten short films, and she has produced television documentaries for PBS, HBO, National Geographic, CNN, and the Discovery Channel. Jennifer Redfearn is the director of the documentary program at the UC Berkeley Graduate School of Journalism. 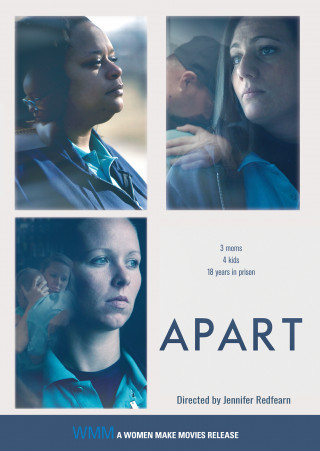 Since the beginning of the War on Drugs, the number of women in U.S. prisons has increased over 800%. The majority are mothers. Against the backdrop of a Midwestern state battling industrial decline and an opioid epidemic, APART (dir. Jennifer Redfearn) offers an intimate portrait of three women incarcerated on drug-related charges who face the…