Julie Gustafson is an award-winning documentary filmmaker who has recently returned to the Boston area where she grew up. Her most recent project, DESIRE, was filmed collaboratively with teenage girls over a 10-year period in New Orleans. Completed shortly before Hurricane Katrina, the feature documentary was released by Women Make Movies, broadcast on Free Speech TV, and has won many accolades and honors, including Al and Tipper Gore's Reel Current Award for Best Documentary at the 2006 Nashville Film Festival.

Currently, Gustafson is working on ABUNDANCE STREET, a one-hour update of DESIRE, which picks up the stories of four teen parents from the original film. Now 30 years old, their children are 12 and 13 and face many of the challenges their parents struggled with when the project began, including generational poverty, poor education and economic opportunities, and violence in their communities.

Gustafson is the producer and director of many PBS broadcast works, including GIVING BIRTH, HOME, THE PURSUIT OF HAPPINESS, and CASTING THE FIRST STONE. She is the recipient of Guggenheim and National Endowments of the Arts Fellowships. For 18 years, Julie co-directed the Global Village Media Arts Center in New York City and its highly regarded annual documentary film festival. She has also taught undergraduate and graduate video and film production at major universities including The New School for Social Research, Temple University, and the University of New Orleans. (8/14) 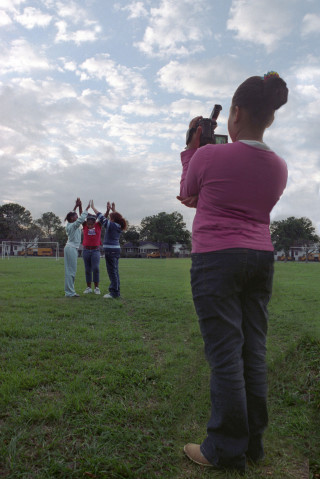 Nearly a decade in the making, this refreshingly honest film documents the challenges and desires of a group of young women in New Orleans by letting them film their own stories. As this diverse group of young women - two teenagers from the Desire housing projects, a single mother from the working-class suburb of Belle…