June Cross is a writer and documentary producer who covers the intersection of poverty, race and politics in the United States. She has been a Professor of Journalism at Columbia University’s Graduate School of Journalism in New York since 2006. She founded a program in documentary there that is celebrating its fifth year. She just finished Wilhemina’s War, a documentary about women caring for those living with HIV in South Carolina. Her last documentary, "The Old Man and the Storm," followed an extended New Orleans family as they struggled to rebuild their homes after Hurricane Katrina. It aired on PBS’ "Frontline" in early 2009.

Cross began her reporting career at The Press of Atlantic City, and was a freelancer for The Boston Globe before beginning her career in television at WGBH-TV in Boston. She moved to PBS’ NewHour, where she became a producer/correspondent and won her first Emmy for her coverage of the 1993 invasion of Grenada. She joined CBS News in 1986, and was a producer for West 57th, Face to Face with Connie Chung, and the CBS Evening News. She then joined PBS’ Frontline, where she produced eight documentaries and served as senior producer for five others. "Secret Daughter," an autobiographical film that she directed while at Frontline that examined how race and color had impacted her own family, won an Emmy and a duPont-Columbia Journalism in 1997. That film became the basis for a book, "Secret Daughter" published by Viking in 2006. She left Frontline in 1999 to join the storied Blackside, Inc., creator of “Eyes on the Prize. There, she became an executive producer for "This Far by Faith," a six-hour series on the African-American religious experience that aired on Pubic Television in 2003, and which led to the founding of her own production company. She has been a fellow at Columbia’s Institute for Research in Afro-American Studies, at Carnegie-Mellon University’s School of Urban and Public Affairs and the W.E.B. DuBois Institute for Afro-American Studies at Harvard. She lives in New York City with her partner, the jazz drummer Mike Clark. She received an honorary doctorate of Humane Letters from Knox College in Illinois in 2015. (2/16) 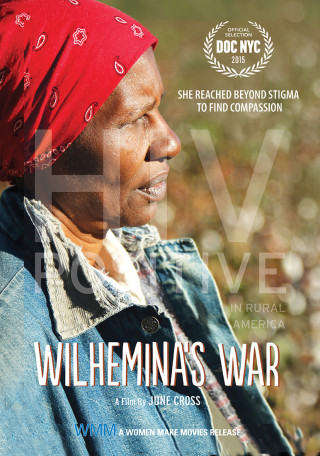 In much of America, progress in HIV/AIDS treatment suggests the worst is behind us, but every year 50,000 Americans are still diagnosed with the virus that causes AIDS. Astonishingly, it’s one of the leading causes of death of African American women. And nearly half of the Americans with HIV live in the South, where the…