Karima Zoubir: Director and Screenwriter of "Camera/Woman" (working title: "A Woman With A Camera") nominated for IDFA Competition for Mid-Length Documentary award. Winner of IDFA Academy Worldview Award. Winner also of the Puma Creative Catalyst Award, a grant for development, at the pitching forum organized by Durban FilmMartin July 2011for her project of documentary “Woman with A Camera”. Andin March 2011, winner also of “Tamkeen”, Grant for Best Arab Doc Project at Dox Box Pitching Forum in March 2011 for the same project.

Karima, with her current editor SofiEscudé, attended editing consultancy at the IDFA academy summer school in June 2012, again with her project of documentary "Woman With A Camera" 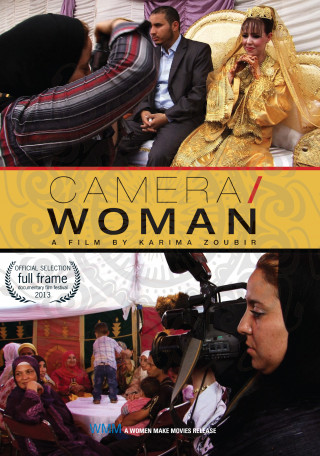 Working as a videographer at weddings in Casablanca, Khadija Harrad is part of the new generation of young, divorced Moroccan women seeking to realize their desires for freedom and independence while honoring their families' wishes. Mother of an 11-year-old son and primary breadwinner for her parents and siblings as well, she navigates daily between the…